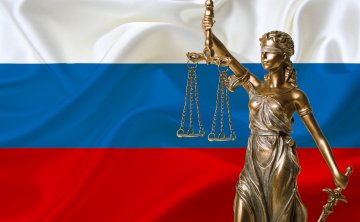 Katerina Tikhonova is purported to be Putin’s youngest daughter, though given Putin’s famous secrecy with regards to his personal life, this has never officially been confirmed. The Kremlin has ensured that Katerina is kept out of the public eye and she uses the surname ‘Tikhonova’, which is the patronymic name of her maternal grandmother. Despite the Kremlin’s best efforts, however, it was revealed by one of her colleagues in 2017, that she is indeed the daughter of the Russian president.

There have recently been reports that Putin is “quietly grooming” Katerina to takeover from him in the future in possible “tsardom”. Currently, however, Katerina is a director of two initiatives at Moscow State University and is a competitive acrobatic rock’n’roll dancer. The rather niche sport of acrobatic rock’n’roll is governed by the World Rock’n’Roll Confederation, the same confederation that confirmed her to be Putin’s daughter.

Kirill Shamalov, 35, is a Russian billionaire who amassed his great fortune within three years and has been estimated to be worth more than $1.3 billion. His rise in fortune has been accredited to his personal connection to the Russian president due to his father being an old friend of Putin’s. The “floodgates to wealth” were definitively cast open for him when he reportedly married Katerina in a secret ceremony at the Igor ski resort, just north of St Petersburg. The wedding was a no-expense-spared occasion with the couple apparently riding into the ceremony on a sleigh drawn by three white horses. All guests invited were sworn to secrecy and it has still not been confirmed that the wedding ever happened.

However, despite the wedding resembling something of a fairy-tale, this does not seem to be the case for Katerina and Shamalov’s marriage. The couple have reportedly split and Shamalov is rumoured to be romantically involved with Zhanna Volkova, a Russian socialite based in London, who was previously married to a Moscow city official. Following protocol, the Kremlin has not commented on the matter.

Following the split, as a somewhat strange coincidence, Shamalov suddenly lost almost half of his wealth. Anonymous sources have claimed that he was forced to give up his stocks in the gas and petrochemical giant, Sibur, losing a significant chunk of his assets but this has been denied by sources close to Shamalov. His diminished wealth strips him of his billionaire status, though his wealth is still estimated to be at around $800million. This figure will likely continue to fall with the costs of the high-profile yet top-secret divorce proceedings.

The intrigue surrounding the divorces of Russian billionaires is unsurprising and unparalleled, given their vast riches and extravagant lifestyles, as well as the secrecy and mystery which surrounds various elements of their lives. The ‘Putin list’, released by the US Treasury Department, is a list of 210 names of prominent wealthy Russians with close ties to the Kremlin. One of the names mentioned on the list is that of Farkhad Akhmedov, whose divorce proceedings recently took place in the UK. He was ordered to hand over £453 million to his now ex-wife. Though, despite the judge giving this award, it was reported this week that he has still not paid a penny.

Despite the mass interest surrounding the possible divorce of Tikhonova and Shamalov, it is unlikely that the details will ever become publicly available and the proceedings will, no doubt, go unreported, by the will of the Government of the Russian Federation. It will however be interesting to look for snippets of information which trickle into the media about the progression of this divorce as people begin to ask more questions.

Should you settle for less in order avoid litigation? Millionaire divorcee says 'yes'
This site uses cookies. Find out more. Continued use of this site is deemed as consent.   CLOSE ✖