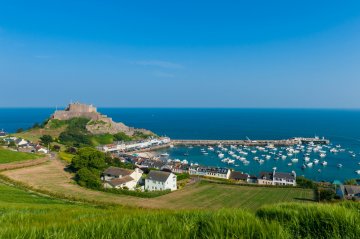 The States of Jersey’s 70-year-old divorce laws could be on the brink of significant reform, following the launch of a social media consultation which seeks islanders’ views on the matter.

A live chat launched on Facebook via the Apptivism.je app last weekend garnered 450 responses within its first ten hours and will continue to run until 3 February. This has been touted as the "first step in a major public consultation on divorce reform" which will take place this year.

Jersey’s primary piece of legislation on divorce is the Matrimonial Causes (Jersey) Law 1949. Under this law, a person can only successfully petition for divorce if three or more years have elapsed since the date of the marriage, save for exceptional circumstances. This differs from England and Wales, where parties need only be married one year before a divorce can be obtained.

Whether this three year restriction should be lifted is one of the main issues to be addressed in the consultation. No-fault divorce, a cause that has been long championed at Vardags, is another. In 2015, the Jersey Law Commission called for the removal of fault from divorce proceedings, in addition to eliminating the three year rule. As campaigners have taken great pains to convey, the absence of a ground for divorce that does not ascribe blame to the respondent results in unnecessary acrimony and prolonged litigation.

Kristina Moore, Jersey’s Minister for Home Affairs explained that the family justice system, in its present state, is out of step with modern society:

"The States agreed, in principle, in 2015 that our divorce laws should be radically reformed. Our current law...does not reflect how people live today. Reform is long overdue. "Our current system of divorce can be highly adversarial. Children and families of divorcing couples get caught up in the process and affected by the outcomes, especially where there are contested court proceedings."

In line with the objective to make divorce in Jersey less adversarial, the consultation will also consider the introduction of joint-filing and "compulsory mediation", the latter of which would require divorcing couples to attempt to agree a divorce settlement without recourse to the family courts.

There’s no word yet on how Jersey residents have reacted to the issues raised. If the consultation produces responses in favour of reform, proposed changes to the current law must be introduced to the States and pass three readings and vote before receiving Royal Assent and becoming statute.

Emma Gill quizzed by Radio 5 Live and BBC West Midlands about divorce day and family law trends
This site uses cookies. Find out more. Continued use of this site is deemed as consent.   CLOSE ✖