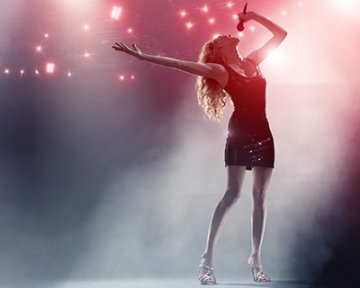 Anyone wondering where Kesha, singer of the chart-topping Tik Tok, has been for the past few years had that question answered when her court case against producer Dr Luke blew up on social media last month.

For those who haven’t been following the case, here’s a quick primer – Kesha currently has a contract with Sony to continue producing music with Dr Luke. However, since 2014 she has been trying to free herself from that contract, claiming that Dr Luke drugged and raped her. On 19th February New York Supreme Court Justice Shirley Kornreich ruled against Kesha’s request for a preliminary injunction, which under US law would have released her from the contract.

Kesha is hardly the first person to have a relationship collide unpleasantly with her musical aspirations. One of the most notable examples is that of Tina and Ike Turner. The two were, of course, husband and wife, and a wildly famous musical duo. Though they separated and later divorced, Tina never opened up about the physical abuse she suffered at Ike’s hands until her memoirs were published in 1986. After their publication, Ike eventually admitted to hitting her, though never saw himself as at fault. Unlike Kesha and Dr Luke, none of this came out while the pair were working together but, had it been brought to light, a court may well have had to weigh the value of a contract against the value of a person, as is happening here.

While Kesha’s legal battle is ongoing and we don’t know the truth of the matter at the moment, there are some fairly worrying implications to be looked at here. For most people, if a friend or partner becomes abusive it’s a hard enough process to get away from them – both emotionally and, in the case of marriages and civil partnerships, legally – but this becomes all the more complicated where contract law is involved. There’s a growing trend in America where, some argue, corporations are being given more rights than individuals, from Hobby Lobby being allowed to micromanage the birth control decisions of its employees to a woman in Seattle actually marrying a corporation. In Kesha’s case, one of the reasons the Judge cited for her decision was that her contract with Sony was “heavily negotiated” and typical of the music industry. Though this may be true, if Dr Luke is guilty of what Kesha claims then we’re placing a contract above a woman’s right to bodily autonomy.

Kesha and Dr Luke aren’t in a relationship, and Ike and Tina Turner never had a civil suit over contracts, but it’s hardly a stretch to imagine a time where marriage, abuse and a contract might appear in the music industry. There’s currently no legal precedent in the UK, but here’s hoping that both over here and in the States we create one that doesn’t place contract law above family law.

Groom seeking groom: the case for gay arranged marriage in modern India
This site uses cookies. Find out more. Continued use of this site is deemed as consent.   CLOSE ✖