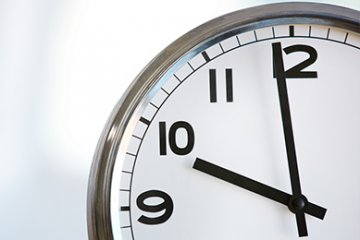 Earlier this week, I wrote on Sir James Munby’s speech to the Family Law Bar Association in which he said that the Red Book (the Family Procedure Rules) were fit only for the bonfire.

This was in part inspired by an increasing number of litigants-in-person in family law proceedings. Reports published earlier this year showed that there had been a 22 percent increase in cases involving contact with children in which neither party was represented.

Rule 2.9: the computation of time

Under the FPR, counting days stipulated in orders is not as straight forward as working out 24-hour periods and going from there.

(2) A period of time expressed as a number of days must be computed as clear days.

(a) the day on which the period begins; and

(b) if the end of the period is defined by reference to an event, the day on which that event occurs,

(4) Where the specified period is seven days or less and includes a day which is not a business day, that day does not count.

(5) When the period specified –

(a) by these rules or a practice direction; or

(b) by any direction or order of the court,

Annulment for non-consummation
This site uses cookies. Find out more. Continued use of this site is deemed as consent.   CLOSE ✖