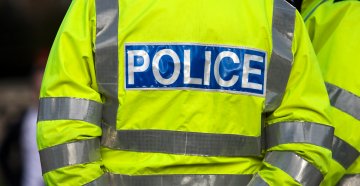 Statistics have recently been released on forced marriage reports and reported FGM cases.

Statistics released by the Home Office show that there has been a drop of 3 percent and around 47 cases, compared to last year. This demonstrates an overall downward trend since 2009.

The Forced Marriage Unit has stated, however, that the number of reported cases may not fully reflect the scale of the problem. The statistics show that 44 percent of the cases involved risk of travel to Pakistan, with reports citing proposed travel or actual travel to Somalia, Afghanistan and Bangladesh. 14 percent of the reported cases had no overseas element, with the forced marriage activity taking place within the UK. Worryingly, 27 percent of reports involved victims below the age of 18, and 35 percent involved victims aged between 18 and 25.

There have been an increasing number of attempts by organisations and professionals to improve their ability to support victims and potential victims. Last week, it was reported that a charity, Jeena International, launched an initiative to train people in the wedding industry to recognise potential victims and alert the necessary authorities. The founder of the group, Rani Bilku, said that the purpose of the training was to ensure that key knowledge was imparted to professionals to they can see ’whether or not there is a safeguarding issue for potentially a forced marriage’. With more initiatives like these, it is hoped that the numbers of forced marriages will fall and the perpetrators face the necessary consequences.

The Head of the National FGM Centre has expressed concern that newly reported cases of FGM seem to have dropped slightly this quarter.

This comes after figures released by the Health and Social Care Information Centre show that, of the 9,000 GP practices in England, just 17 submitted an FGM report. Submission of such reports is now mandatory for NHS acute trusts, mental health trusts and GP practices.

Lisa Brett, the Local Government Association’s FGM Champion, and Chair of the FGM Centre’s advisory board, issued a frank reminder that ‘the criminal practice of FGM… will only be stopped for good if all agencies and communities work together to keep women and girls safe’.

The financial consequences of not negotiating
This site uses cookies. Find out more. Continued use of this site is deemed as consent.   CLOSE ✖