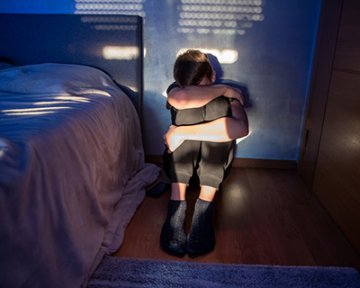 In the wake of the Oscars and a very well-deserved win by Brie Larson for her role in Room, I’m here to bring you a special Fiction vs. Family Law. While I don’t think I’m going to give away any more spoilers than the trailer does, I shall warn you anyway, and urge you to watch the film if you haven’t already. Should you decide against that, here’s a very brief summary:

The film opens with Joy and Jack, a mother and son who are being held captive in a single room by a man they call ‘Old Nick’. Joy was kidnapped at age 17, and it is quickly revealed that 5 year-old Jack has spent his entire life in the room, as the product of Old Nick’s repeated rapes. After some quick thinking and brilliant acting, Joy and Jack escape the room and are rushed to hospital. While there, Jack asks Joy if Old Nick will find them – she assures him that no, he will never come near them ever again.

Joy’s case is an extreme one; rape is only one of a number of things Old Nick is almost certainly charged with. However, the legal battle is never featured in the film, nor is it important to the narrative. With a case like that you’d like to think that Joy is right, that Old Nick will never see either of them again, but she wouldn’t be the first woman ordered to allow her abuser to see their children, at least not under UK law. This time last year, a woman who was tortured in front of her two young sons was ordered by the courts to send updates regarding the boys to the man who assaulted her – their father. This isn’t the first time such a thing has happened, although it is one of the more extreme examples. Family courts have long been accused of putting the visitation rights of abusers above those of the other parent, and, in some cases, the children.

Room focuses on the coping mechanisms that Joy and Jack have cultivated, the changes once they escape, and their relationships with each other, as well as the world around them. Joy’s ordeal is undoubtedly a terrible one but, thanks to the script, she lives in a world free of her abuser once she escapes the titular room. Unfortunately for many parents who are victims of partner abuse, this is not always the case.

The case against leap day proposals
This site uses cookies. Find out more. Continued use of this site is deemed as consent.   CLOSE ✖