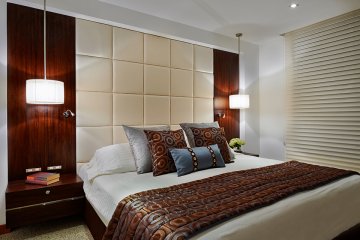 A new hotel in York offers couples the chance to relax, wine and dine…and divorce. Britain’s first divorce hotel, with the tagline ‘A Positive New Start’, aims to put an end to the mud-slinging encouraged by the English courts and help couples to part ways as amicably as possible.

The idea may seem bizarre but, for many couples, the prospect of divorcing quickly and cleanly without crippling fees is very appealing. The hotel advertises itself as a retreat where couples have time to reflect in neutral territory, far from intervening in-laws. The service, however, only suits those who are friends, and wish to remain so.

There is a stiff application process in place to check the couples’ suitability and, once at the hotel, there are certain ground rules. The online application contains no less than one hundred questions to make sure that the divorcing couples are in the right frame of mind. It is essential that the couples are on speaking terms at check-in to be able to get the most out of the experience. Since they have to pay up-front, the parties must commit to signing, sealing and delivering their divorce petition within two days.

At the hotel, alongside the spa facilities and fine dining, couples are matched with a mediator and a lawyer who help them to complete the paperwork. The price of the stay ranges between £6,000 and £10,000, depending on the complexity of the case. By the end of the trip, all the paperwork will be signed and the couple will be ready to file a consent order at the family court. After two to three weeks they will receive their decree nisi, then the decree absolute will be granted six weeks later.

On its website, Divorce Hotel describes itself as ‘the international founder of ‘Divorcing the positive way’:

‘We regard your separation not only as the end of your marriage but, importantly, the beginning of a new phase in your life.’

The mastermind behind Divorce Hotel, David Leckie, decided to put such a focus on positivity because of the out-dated divorce laws in the UK. Unlike the US and many other countries, the UK does not have ‘no-fault divorce’, where couples who wish to split amicably need only to state their incompatibility. Instead, our system dictates that couples must prove ‘unreasonable behaviour’ to secure a divorce which can result in bitterness and back-stabbing. Leckie, who himself has 25 years’ experience in family law, describes the current system as “the blame game” and believes his hotel offers couples the rare chance to divorce “efficiently, effectively and non-acrimoniously”.

However, the divorce hotel won’t be suitable for every couple, whether they separate amiably or not. For the very wealthy, one weekend will simply not be enough time to sort through the various assets. This sort of mediation only works when both parties agree to approach the process with total transparency and the desire to settle, but high net worth couples are unlikely to discuss such vast sums without some contestation.

The concept of divorce hotels gained momentum five years ago and has since spread to the US and Europe with hotels in New York State and Holland. In stark contrast, a hotel in Sweden recently offered refunds to couples who divorce within a year of visiting. This was in an attempt to help couples devote time and attention to their marriages and thereby curb the rising divorce rates. An admirable effort it may be, but for couples on the path to divorce, two nights in a luxury retreat may not be enough to plaster over the cracks.

The establishment of this divorce hotel in the UK is indicative of two important social trends; people want to divorce quickly, and they want to do it without tearing each other apart. If this York retreat proves popular, groups campaigning for no-fault divorce, Vardags included, will have one more weapon in the armoury to demonstrate that this country wants change.

Vardags has a sweet tooth for Red Nose Day
This site uses cookies. Find out more. Continued use of this site is deemed as consent.   CLOSE ✖