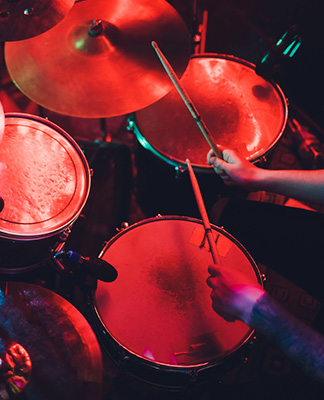 In a recent interview with Rolling Stone Australia, the master of drum rolls, Phil Collins, dismissed prenups as “unethical”. In contrast, Lord Wilson’s conjuring of Vardags’ cause célèbre, Radmacher v Granatino, at Bristol University earlier this month suggests instead that it may be unethical to disregard prenups.

Collins married his first wife, Andrea Bertorelli, in 1975 then split from her five years later. He was married to his second wife, Jill Taverman, from 1984 to 1996 then was with his third wife, the much younger Orianne Cevey, between 1999 and 2008. In his financial settlement with his second wife, Collins paid out £17 million, then nine years later he filed for divorce from Cevey and ended up dishing out £25 million. This was in fact the most expensive celebrity divorce settlement in British history at that time, a fact that seems more galling now that Collins has rekindled his relationship with Cevey and may be considering remarriage.

Despite paying out a mighty £42 million in divorce settlements over the years, Collins still does not believe that prenups are a sensible solution. In his interview, he admits that his divorces cost him dearly, but slams prenuptial agreements for their insincerity, as if they were saying: “oh darling, I love you forever, but just in case…”.

In his 2016 autobiography, Not Dead Yet, Collins confesses that he was “disappointed” that he had been married three times. He shows frustration in himself for his string of divorces, pessimistically believing that divorce means failure, but refuses to futureproof his relationships:

“While three divorces might seem to suggest a casual attitude towards the whole idea of marriage, this couldn’t be further from the truth. I’m a romantic who believes, hopes, that the union of marriage is something to cherish and last. Yet certainly that trio of divorces demonstrates a failure to co-exist happily and to understand my partners. It suggests a failure to become and stay a family. It shows failure, full stop.”

Phil Collins was not the only one considering divorce payouts and debating the worth of prenups this month. Our other contender, however, is wholly more positive. In a speech to the University of Bristol Law Club, Lord Wilson of Culworth voiced his support for binding prenuptial agreements. Reflecting on the landmark case of Radmacher v Granatino where Ayesha Vardag led the wife to victory and made prenups legally enforceable in England and Wales, Lord Wilson said that casting aspersions on the value of prenuptial agreements “is too patronising” and makes our law “inappropriately intrusive into personal, adult, arrangements”. He discusses the Supreme Court’s decision that the contract would not be upheld if it would not be “fair” to hold a party to it, opining that long-term maintenance is appropriate in certain circumstances. He concluded by echoing Ayesha’s stance on the benefit of holding couples to prenuptial agreements:

“My own view is that we have now reached the stage in which, if acting with appropriate care and understanding, parties should be allowed to elect the sort of marriage which they want.”

Against all odds, Phil Collins sees himself as a hopeless romantic and therefore dismisses the chance to draw up a prenuptial, or indeed a postnuptial, agreement. However, what he hasn’t considered is how prenups can in fact be a demonstration of adoration- an official document to show you are marrying for love, not money. As Ayesha memorably commented that, with a prenup, “grown-ups can agree in the best of times what will happen in the worst of times”, perhaps Collins should stop seeing romance and prudence as mutually exclusive.

Scary Spice files for divorce from Stephen Belafonte after a tumultuous marriage
This site uses cookies. Find out more. Continued use of this site is deemed as consent.   CLOSE ✖