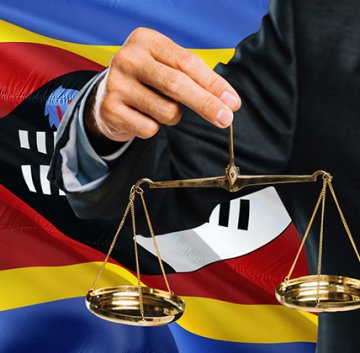 The Swazi king Mswati III, leader of one of the world’s last remaining absolute monarchies,told religious leaders last weekthat divorce should be banned.

The king of Swaziland, popularly known asNgweyama or “the lion”, said that once entered marriages should not be ended as it was “against” Swazi culture. If the king’s wishes are made a decree, Swaziland will join the Philippines and Vatican City as the only states where there is no legal provision for divorce and marriages can only be ended through by annulment or death.

Mswati, whose personal wealth exceeds $200 million, has been heavily criticized for his extravagant lifestyle, heavy-handed response to political opposition and in some quarters, his growing number of wives. Swazi law and long-held tradition permits the king to choose a new bride every year and on the final day of the SwaziReed Dance Festivalevery August, young virgin women dance, bare-breasted for the king. After they are paraded and have their virginity publicly tested, the king may traditionally take one of the women as his wife. Partaking in the reed dance provides a crucial source of income for families in Swaziland where over two thirds of the population live below the poverty line.

Mswati caused controversy in 2005 afterchoosing a teenagerat the festival as his thirteenth wife, after rapidly overturning a move earlier that year to prohibit sex for women under eighteen. The Government-sponsored cult of virginity had seen young women wear chastity tassels in efforts purportedly to tackle the astronomical rates of HIV in the desperately impoverished country where more than 40% of the population is believed to be infected.

In a country where polygamy is common practice anddivorce ratesare extremely low, it remains to be seen whether Mswati’s proposal will be formalised into a royal decree. For the sake of victims of sexual and domestic violence, one can only hope that it does not.

Vardags declared the fastest growing law firm in Europe's FT 1000 rankings
This site uses cookies. Find out more. Continued use of this site is deemed as consent.   CLOSE ✖