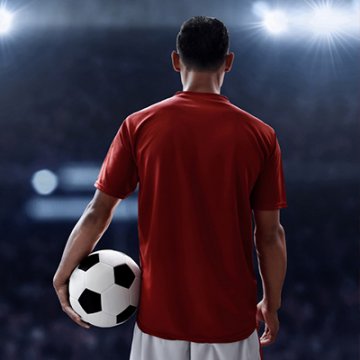 Former Manchester United hero, Ryan Giggs, is attempting to avoid paying his estranged wife half of his fortune on the grounds of his ‘genius’. He holds that his ‘special contribution’ to the matrimonial funds was such that it merits a departure from the normal starting point of equality between breadwinner and homemaker.

Ryan Giggs and Stacey Cooke, now separated, married in 2007 and have two children. Known for playing the field in more ways than one, the footballer was involved in high profile privacy litigation and in 2015 admitted that he had conducted an eight-year affair with his brother’s wife.

Giggs, 43, intends to argue in the High Court that, owing to his career as a professional footballer and his involvement in coaching and management, he gave ‘special contribution’ in his marriage. To prove his genius and therefore his authority over the £40 million fortune, witnesses will be called in.

The concept of ‘special contribution’ began in 2001 when the man who brought bin liners to the UK, Michael Cowan, successfully argued that he made exceptional contribution to his marital pot. In the divorce settlement, Cowan was awarded 62 percent of their £12 million. Since then, there have only been a handful of men to exit a marriage with over half of the matrimonial assets owing to ‘special contribution’. WPP’s Sir Martin Sorrell received 60 percent of his £75 million in 2005 after divorcing his wife of 33 years. John Charman, the insurance magnate, was awarded 63.5 percent of his hefty £131 million in 2006, then the billionaire Chris Hohn left with 64 percent of the marital pot in 2015. The cases have generally turned on whether the wealthy party’s work was of a special character which marked them out, even among their high-earning peers.

However, with gender equality in mind, judges are generally reluctant to define and award ‘special contribution’. But this has not stopped hoards of wealthy men trying to assert their genius. Earlier this month an American banker, called Randy Work, was disappointed to find that his ‘special contribution’ to his marriage was not quite special enough. After losing the initial battle with Mr Justice Holman failing to see how Work’s contribution was comparable to that of Leonardo da Vinci or Einstein, Work took the matter further. In the end, Work had to pay his ex-wife £72 million after the Court of Appeal ruled that it would be “unjustifiably gender-discriminatory to make an unequal award. This was a marriage of two strong and equal partners over 20 years”.

Only last week, Vardags emerged victorious at the High Court after rebutting a claim for ’special contribution’ and arguing that homemakers deserve equitable remuneration on divorce. Our client, Pauline Chai, was awarded £64 million from her business tycoon ex-husband, Khoo Kay Peng, after a four-year divorce battle.

As the next man in a line of varied successes and failures, Ryan Giggs is on unsteady ground. Football fans may well see him as a genius, but it seems unlikely that will be enough to warrant a departure from equality.

Best friends legally become ‘co-mommas’ for the first time in Canada
This site uses cookies. Find out more. Continued use of this site is deemed as consent.   CLOSE ✖