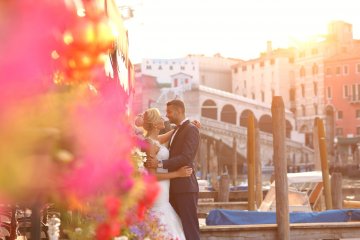 Italian marriage contracts may be amended to no longer include the word ‘fidelity’. The proposal was made in as part of a bill to amend the Italian Civil Code, presented to the Italian senate late last year.

Whether these proposed changes will become law is now down to the Judiciary Committee. Whilst we await the potentially controversial decision, the proposals raise questions as to whether fidelity is essential to the meaning of marriage, or whether this is capable of evolving through time.

It is perhaps easy to contend that being faithful to your partner, both sexually and emotionally, is the foundation of a happy marriage. In the UK, it is common for marriages to end as a result of an affair, with divorce being petitioned on the ground of adultery. Yet marriages do not necessarily fall apart when fidelity is breached; some partners forgive a cheating spouse, whilst others live quite comfortably in open relationships within the context of a marriage.

A poll in 2013 evinced that 55% percent of Italian men and 33% of Italian women admitted to having affairs, the highest figures in Europe. It is arguable that the proposal to remove fidelity from marriage contracts would allow and even encourage these figures to grow.

In support of the bill, Italian senators have argued that, in the context of marriage, the concept of fidelity has sexist origins, with the onus to stay faithful placed squarely on wives in order to guarantee the legitimacy of their offspring.

Yet, as understanding of marriage has evolved, so too has our concept of fidelity. According to these Italian lawmakers, it is time that the legislation caught up.

Senator Laura Cantini, who introduced the bill, stresses that the proposal would not allow all spouses to commit adultery freely but, in view of divorce, it would now be down to the spouse to prove that the adultery committed by their other half caused the marital breakdown.

It’s worth noting that, as there are no references to fidelity and faithfulness in Italy’s civil unions bill, this bill new could create greater parity between heterosexual and homosexual unions, in a country where same-sex marriage has not been legalised.

A further argument in support of the bill was that it should not be down to the state to impose an obligation of faithfulness and it is down to each couple to decide for themselves. Although this respect for personal autonomy is commendable, the stripping away of a promise of lifelong loyalty could risk rendering marriage as not much more than a legal status within society, and one at odds with Baroness Hale’s closing statement in Radmacher v Granatino:

"Marriage still counts for something in the law of this country and long may it continue to do so."

In English law marriage has, historically, been the union of two people to the exclusion of all others. The concept of unity undoubtedly implies the presence of loyalty and fidelity. Indeed, one can argue that unfaithfulness and marriage are in fact divergent. It seems clear that, for now at least, the understanding of marriage in the UK remains wedded to the promise of being faithful.

University of Exeter publishes interim findings from fault-based divorce research
This site uses cookies. Find out more. Continued use of this site is deemed as consent.   CLOSE ✖