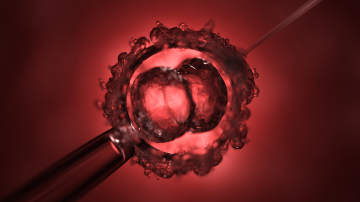 The New Scientist has announced that a five-month-old boy is the world’s first child to be born using a new technique that incorporates DNA from three people.

The couple from Jordan had been trying to start a family for almost twenty years before the birth of their ‘three-parent baby’. The woman had suffered four miscarriages before giving birth to two children. However, sadly, both those children died in infancy aged six and eight months. Both children had developed Leigh syndrome for which the woman was unaware she was a carrier. Leigh syndrome is a fatal disorder that affects the developing nervous system.

The ‘three-parent baby’ technique is a revolutionary, yet controversial, technique allowing parents with rare genetic mutations to have healthy babies. The couple sought the help of John Zhang at the New Hope Fertility Center in New York City. The treatment itself, however, was carried out in Mexico.

The approach taken by Zhang and his team was called the ‘spindle nuclear transfer’ technique. Here the nucleus from one of the mother’s eggs is removed and inserted into a donor egg that has had its own nucleus removed. The resulting egg is then fertilised with the father’s sperm. This method was used because of the couple’s Muslim faith and their belief that two embryos should not be destroyed. The UK approved method does just this and is called ‘pronuclear transfer’. It involves fertilising the mother’s egg and a donor egg with the father’s sperm. Prior to the fertilised eggs dividing into embryos, each nucleus is removed. The nucleus from the donor’s fertilised egg is discarded and replaced by the mother’s fertilised egg. Zhang’s team used the ‘spindle nuclear transfer’ approach to create five embryos, of which just one developed. That embryo was implanted into the mother and a healthy child was born 9 months later on 6 April 2016.

Zhang’s team are due to describe their success and findings at the American Society for Reproductive Medicine’s Scientific Congress in October. The fact that the team have been able to take a somewhat ethical approach to the ‘three-parent baby’ technique has caused a stir in the scientific world. New Scientist reports that Sian Harding, who reviewed the ethics of the UK procedure, said “It is as good as, or better than, what we’ll do in the UK”.

Whilst many experts welcome the news of the birth, some raised concerns that the doctors had left the US to perform the procedure beyond the reach of any regulatory framework and without publishing details of the treatment. Zhang explained to New Scientist that the reason they went to Mexico was because “there are no rules” and that “to save lives it was the ethical thing to do”.

Pronuclear transfer was legalised in the UK in 2015 but, as yet, no other country has introduced laws to permit the technique.