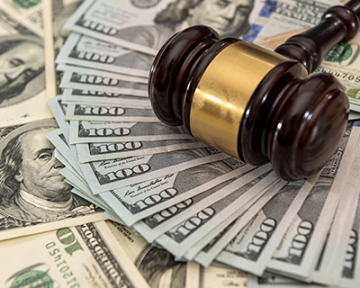 Last Wednesday, CNN invited Vardags Senior Associate, Sophie Cantillon, to give an insight into the complexities of the divorce of Brad Pitt and Angelina Jolie. Separating owing to “irreconcilable differences”, Brangelina could face difficulties dividing their fortune and, indeed, their children.

The couple have accrued a shared fortune of $555 million since 2004 and Forbes estimates that Pitt alone is worth over $76.5 million. However, despite the media storm over the Brangelina break-up, Sophie told CNN that it is still unclear how the couple will split their fortune:

“I haven’t seen much in the press about how the finances are going to be dealt with, or whether indeed either party are seeking financial provision from the other”.

Sophie noted that the couple’s finances are “quite separate” so there is a possibility of the division being relatively simple. Many wealthy couples solve financial complications on divorce through pre-nuptial agreements:

“If there’s a pre-nup in place, then that’s it; each keep what they both brought into the marriage”.

If no pre-nup exists, Sophie explained that California uses a community of property regime where the assets of a couple built up over a marriage are split “almost 50/50”. However, as Sophie points out, despite being together for twelve years, Brangelina have only been married for two so they may not have generated much wealth this way.

Further complicating the divorce procedures is the fact that Brangelina have six children. CNN asked Sophie whether, now that Angelina has petitioned for physical custody of the children, the divorce might get “acrimonious and tense”, to which she replied definitively, “I think so”.

Sophie added that in English law, the courts encourage the couple to do what they can to alleviate the stress for their children since “obviously the children are the most important thing in all of this”.

In the case of the rich and famous, navigating a public divorce and child welfare is “a very, very delicate balance”.

Ayesha Vardag on whether sperm could be considered a marital asset

Human rights consequences of delaying enforcement orders in Oller Kaminska v Poland
This site uses cookies. Find out more. Continued use of this site is deemed as consent.   CLOSE ✖