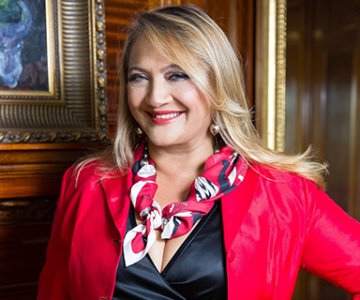 This morning, following a day of political turmoil, Ayesha Vardag spoke to Emma Barnett on BBC Radio 5 live about her fluctuating feelings about Brexit.

Looking for the opinions of top lawyer, Barnett first introduces Ayesha as one of the ‘Bregretters’- those who voted leave and regretted it. Ayesha starts by expressing her disappointment at how people have become “very tribal” about Brexit and have “formed factions”.

When asked about her decision to vote leave, Ayesha comments that it wasn’t easy as she feels “passionately European” but was concerned about the growing and unwieldy authority of the EU super-state.

For Ayesha, it was the “total fiasco” of the Leave campaign collapse when Boris Johnson stood down that caused her to lose heart. At this point, like many leave voters, Ayesha felt like she had made a “terrible mistake”.

Barnett asked Ayesha how she dispelled this anxiety to be a proud leaver once again. Ayesha commented that she has more confidence in Britain now that there is strong leadership. However, the pivotal moment for Ayesha in reaffirming her support for Brexit was the “petty and childish” reaction of the Council of Ministers to May’s speech.  After witnessing the failure of the Canada trade deal and the continued petulance of Brussels, who she memorably calls “a herd of cats with competing agendas”,  Ayesha now has no doubts of her loyalty to Leave.

As Ayesha aptly comments herself, she certainly has “been on a rollercoaster” as the UK lurches forward, and sometimes backward, towards Brexit.

Sophie Cantillon discusses the ‘Brangelina’ break-up on CNN
This site uses cookies. Find out more. Continued use of this site is deemed as consent.   CLOSE ✖