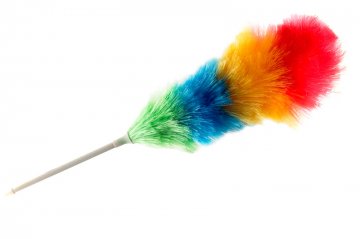 Legendary British comedian Sir Ken Dodd has got the last laugh after he married his long-term partner two days before his death, thereby avoiding substantial inheritance tax on his estate.

After a 64-year career, Sir Ken Dodd passed away at his home in Knotty Ash, Liverpool, on Mother’s Day. The 90-year-old was checked-out of hospital on 27 February after a six-week treatment for a serious chest infection and, in true character, refused to bow out: “while I was in there, I wrote some new jokes, so it should be all right.” Fellow comedians have been reflecting on his death this week, with David Walliams eulogising that “comedy flowed through him like water” and Sir Paul McCartney tweeting a cheering photo of Sir Dodd and The Beatles from the 60s.

In an amusing turn of events it has emerged that the veteran music hall entertainer tied the knot with his partner of forty years, Anne Jones, only two days before he passed away. Still weak from hospital, the pair were married in their house - Sir Dodd’s childhood home – on Friday 9 March. The now Lady Anne Dodd, 76, spoke to the press on Monday morning.

“The world has lost a most life-enhancing, brilliant, creative comedian with an operatically-trained voice who just wanted to make people happy.”

The pair met in 1961 at the Manchester Opera House at the Ken Dodd Christmas Show when she was a Bluebell Dancer. Lady Dodd used to appear in the star’s shows playing the piano, guitar, flute and singing under the name Miss Sybie Jones. Sir Dodd’s first fiancée, Anita Boutin, died of a brain tumour in 1977 after 24 years together. The bucktoothed, wild-haired comedian was in a relationship with Anne Jones from this point onwards. Despite trying IVF, the pair were unable to have children.

The significance of Ken Dodd marrying just before his passing has not gone unremarked. His full fortune, estimated at £7.2 million, would have incurred a hefty inheritance tax had he not tied the knot. Under inheritance law of England and Wales, the estate of the deceased can pass onto the surviving spouse or civil partner tax-free. However, if there is no spouse or civil partner, the estate will be passed onto descendants and taxed at 40 percent, save for the tax-free allowance of £325,000. The decision to marry allows Lady Dodd to avoid handing roughly £3 million of Sir Dodd’s wealth over to the taxman.

This isn’t the first time Sir Dodd has hit the news for being cheeky with his money. In 1989, he was accused of tax fraud amounting to £1 million after it emerged that he was storing £300,000 in suitcases stuffed with cash under his bed. Known for living a parsimonious life-style despite his enormous wealth, Sir Dodd confessed to the court that he has a difficult relationship with his finances: “I am not mean, but I am nervous of money, nervous of having it, nervous of not having it”. After a five-week trial, his barrister George Carman QC succeeded in letting the entertainer off the hook, telling the court:

Launching his career as ‘Professor Yaffle Chuckabutty, Operatic Tenor and Sausage Knotter’, Sir Dodd’s accolades piled up during his lifetime. He made his debut in 1954 and since then became the star of the longest-ever run show at the London Palladium (42 weeks), excelled as a top charts singer, entered The Guinness Book of World Records for the longest joke-telling session ever (over 1,500 jokes in three and a half hours), was awarded an OBE in 1982 and dubbed by the Duke of Cambridge for services to entertainment and charity in 2017. Famous for his epic comedy shows, an evening with Sir Dodd often lasted upwards of four hours. Incredibly, despite his age, his final tattyfilarious performance took place at The Auditorium in the Liverpool Echo Arena only a few months ago on 28 December.

Sir Dodd surely would have been positively tickled to know that his marriage announcement was duly published yesterday in The Times for everyone to appreciate his posthumous punchline: