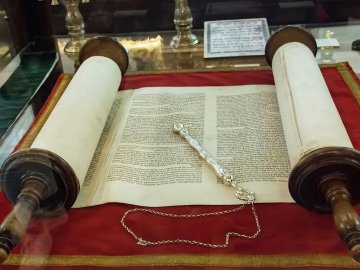 While all marriages and divorces must comply with the formalities required by English law, as family law practitioners it is important to recognise that a client’s religious beliefs may impact upon the advice to be given. Not only may it guide practical advice, but it may also have implications for the proceedings. Below is a brief guide to religious marriage and divorce in Judaism.

In Jewish law, a marriage comprises two parts: the engagement or dedication ceremony (kiddushin or erusin) and the wedding (the nissu’in). Nowadays, kiddushin generally involves the placing of a ring on the bride’s right index finger. Her acceptance of this ring indicates her agreement to the marriage and its terms, which are contained in a ketubah (the marriage contract). The ketubah is a feature of all Jewish marriages and sets out the wife’s rights (for example, payments upon death or divorce) and obligations of the husband (providing food, shelter and clothing). This is signed by two witnesses. Finally, the couple are married underneath a chuppah, which symbolises their home together. Some believe this ceremony constitutes nissu’in, while others believe that being alone together in a room (yichud) is required. Both elements are now commonly combined into one wedding ceremony.

It is the first stage (kiddushin) that prohibits the woman to all other men, therefore requiring a religious divorce to dissolve it. The final stage of nissu’in permits the couple to each other.

A religious divorce is obtained through the Beth Din, the Jewish religious court. This is known as a ‘get’. According to Jewish law, a husband must present this to his wife to effect their divorce. However, a wife can sue for divorce in the Jewish courts, so as to require her husband to divorce her. Should either party withhold their consent to the get, this can have serious consequences, as the other party is then chained to the marriage, preventing re-marriage in an orthodox context. In addition, any child born from a relationship with another party would be described as a ‘mamzer’ and be unable to marry an orthodox Jewish person in later life. This status is carried on through to their descendants and so the repercussions are extremely serious.

Section 10A of the Matrimonial Causes Act 1973 seeks to address this problem as it allows either party to apply to the English courts to prevent decree absolute being given until such time as steps have been taken to dissolve the marriage in accordance with Jewish law. If you had a Jewish marriage alongside a civil law marriage, it is therefore important that you tell your legal advisors of this so that they can ensure the civil law divorce ties in with the religious one.

The importance of jurisdiction in divorce
This site uses cookies. Find out more. Continued use of this site is deemed as consent.   CLOSE ✖