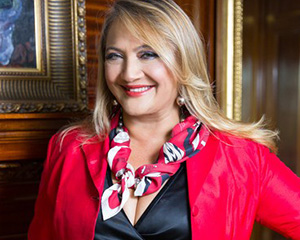 On 8th January Ayesha Vardag returned to her place on the sofa at ITV’s This Morning to take part in a New Year special edition of Legal Eagles. Sitting alongside personal injury specialist Alicia Alinia and criminal solicitor Nick Freeman, Ayesha was called upon to offer her advice to legally beleaguered viewers.

The first viewer was having difficulty enforcing a court order following divorce. Having separated from her husband five years previously and divorced him three years later, he was still living in the matrimonial home with the youngest child. They’d been to court twice and he’d been told to sell the house to give his wife her share or buy her out. However, he had yet to put it on the market and was thereby breaking the conditions of the order. The viewer could not afford to take him back to court; she felt that he was aware of this and was therefore stalling.

It’s the most frustrating thing across all areas of family law. Having gone through the whole battle you get an order that gets you what you need – in this case that the house needs to be sold and the proceeds split – then the person who’s got to do it just says “I don’t care if there’s an order, I’m just going to ignore it, so sue me.” If there isn’t the money to get lawyers, they just exploit that position. The courts hate that, they really don’t like their orders being flouted, so the starting point is that the courts are going to be very favourable, very sympathetic to this writer. There’s more scope for going up to court and doing things yourself – being a litigant in person, being your own lawyer – so she should go up to the local family court and get a pamphlet for being a litigant in person; they’re giving those out at the moment and they’re very helpful – the Bar Council does one as well, see barcouncil.org.uk – it gives you a bit more confidence to go up and do it. But the courts are really helpful to anyone in that situation. She’s got really powerful remedies against this guy: she can apply to get him committed to prison, so a penal notice saying he’s got to conduct this sale – maybe giving her conduct of the sale to get it moving forward – and if he really doesn’t do it, committal to prison potentially. She can use a D11 form to apply for this. She encloses her evidence – all the emails or whatever else she’s had where she’s saying “get on with it” but he’s not doing it – get that in to the court and go up before a judge herself.

The second legal problem came from a viewer who was not married but who had cohabited with her partner for 20 years and was considering her future security. She and her partner had two children together and shared a mortgage but she hadn’t worked full time for 12 years; she consequently had no pension which was a source of worry for her. She wanted to know what her rights might be if they were to split up.

There is no such thing as common law marriage – not after two years, not after 20 years – you just don’t get the rights you get on marriage so she’s got very limited options. She does have some though: she says she shares a mortgage so they probably jointly own the property; that’s probably there in the Land Registry so she should expect half a share of the house. So if they split up, it should be able to be sold and she should get her half share. The fact that she has children gives her a few more options, if the children are still children. She could perhaps have the other half of the house held on trust for the children, for her and the children to live in it until they grow up – that’s another way of doing it – and maintenance for them as well potentially.

The importance of jurisdiction in divorce

Twitter war over hidden shares
This site uses cookies. Find out more. Continued use of this site is deemed as consent.   CLOSE ✖