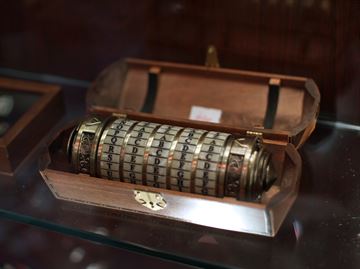 While Dan Brown’s novels are brimming with dramatic twists and subterfuge, the author’s personal life has always seemed more mundane. Now, it seems, life may be more closely imitating art.

On Monday 29 June, Blythe Brown, the ex-wife of The Da Vinci Code author, filed a lawsuit at Rockingham superior court in New Hampshire, accusing her former husband of “unlawful and egregious conduct” while they were married. The claim centres around a financial affidavit, which listed all of their marital assets, that Mr Brown signed when they divorced in December 2019.

According to Mrs Brown, the author had been secretly diverting funds from their joint accounts to pay for lavish gifts for his secret lovers, including, allegedly, a £260,000 horse. She is also claiming that the author deliberately hid projects he was working on, such as a TV adaptation based on his novel The Da Vinci Code, which should have been considered when dividing assets.

Dan Brown strenuously denied these allegations and has launched a counter claim, suing his ex-wife for libel and slander and claiming her motivation is to “destroy his legacy.” The allegations come at a particularly damaging time for Mr Brown, as he prepares to enter the children’s fiction market in September.

Mrs Brown main claim centres around the alleged non-disclosure of assets, perhaps one of the most prolific issue when it comes to dividing marital assets. Lois Rogers, Director of Divorce & Family Law at Vardags, explains:

“During divorce proceedings, wealthier parties in marriages sometimes deploy devious tactics to conceal the true extent of their wealth, either by non-disclosure or undervaluing disclosed assets. Misrepresenting their true financial position in this way is with the hope of a lower settlement being awarded to the other spouse than that which they might have been entitled.

“According to Blythe Brown, her ex-husband used the name of his literary editor on wire transfers to keep them undetected. He was able to do this, Mrs Brown alleges, because the author had set up an account which was overseen by his editor in the event of his death. Utilising accounts in the name of third parties, or placing monies in trust or corporate structures in which the beneficially is concealed, is a common tactic of non-disclosure.

“Mrs Brown is not only alleging the non-disclosure of assets, she is also claiming that Mr Brown deliberately hid ongoing literary projects from her so they would not be included in a divorce settlement. While these projects had not yet come to fruition at the time of the divorce, the fact they were conceived and in development during the marriage may mean their future value should be taken into account in any settlement. This was highlighted in Mrs Brown’s lawsuit, which read: ‘Dan stands to make millions from these projects, which is undoubtedly why he hid them from Blythe.’”

Beyond the implications for the pair involved, this allegation of non-disclosure, and Dan Brown’s counterclaim of libel and slander, highlight a wider issue: the latent potential for settled cases to be reopened and the potential reputational damage that can ensue.

The timing of Mrs Brown’s attempt to reopen their previous settlement does perhaps beg questions, especially considering the author’s upcoming entry into the children’s fiction market where such allegations may be particularly damaging. Indeed, this is the basis of Mr Brown’s counterclaim: he says that these new allegations constitute a “fictional and vindictive account of aspects of our marriage designed to hurt and embarrass.”

Whatever the truth of the situation, the battle highlights that closed settlements may not guarantee safety from later reputational fallout – even if you think all details have been tied up. All of this underlines the importance of having the best legal team on your side in the first instance to prevent any damage to your reputation further down the line. After all, in the immortal words of Yogi Berra, “It ain’t over till it’s over.”

Rory Lynch: Maguire verdict puts football's reputation under the spotlight
This site uses cookies. Find out more. Continued use of this site is deemed as consent.   CLOSE ✖