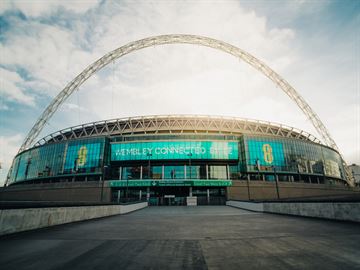 On Thursday, with the start of the Premier League only a few weeks away, news broke that the Manchester United captain, and England defender, Harry Maguire had been arrested in Mykonos.

On Friday, Greek police released a statement stating that officers had intervened to break up an altercation between two groups outside of a bar, which led to a group of three foreigners abusing and assaulting a police officer.

The statement went on to allege that when the group, containing Maguire, arrived at the police station, they continued to be both verbally and physically abusive and offered one of the officers a bribe to ensure any charges were dropped.

The trial, which began earlier today, did not last long. Despite the pleas of Alexis Anagnostakis, Maguire’s representative and one of Greece’s leading human rights lawyers, for the trial to be postponed, Maguire, and his two co-defendants, have been found guilty of aggravated assault and attempted bribery.

Maguire was given a sentence of 21 months and 10 days, suspended for three years as it is a first offence.

While the misdemeanours of footballers are often not far from the headlines, the stature of Maguire, as Manchester United captain and England regular, poses interesting questions about how individuals can impact the reputation of multiple different organisations. Far beyond his own personal reputation, Maguire’s actions will be tied to both his club and his national team, with their individual responses scrutinised as much as Maguire’s own.

Manchester United were quick to respond to his initial arrest, releasing a brief statement on Friday noting the adjournment of Maguire’s case and adding: “It would be inappropriate for the player or club to comment further while the legal process takes its course.”

For the FA, the deadline for squad submissions for England’s upcoming Nations League games presented an immediate dilemma: namely, whether to include Maguire before the result of the trial was known. The timing of this submission, coming on the same day as the trial began, provided further difficulty.

Maguire, however, was included in England’s squad, with Gareth Southgate, the England manager saying: “Yes it is clearly a decision that is not straightforward and a decision that in the end I could only take on the information I have.

“If facts or information changes I will have to review that decision, but I have a fantastic relationship with the boy, he has been a fantastic character for us - he has my support at this moment.”

Southgate also highlighted the impact of Maguire’s associations: “We recognise that if you’re a player with England, that has a profile, there are expectations and attention and focus that go with that, and clearly, if you’re the captain of a club like Manchester United that’s the same.”

The court’s verdict changes the situation and, crucially, the implications for the reputations of the FA and Manchester United. Their respective responses will likely be scrutinised as much, if not more, than Maguire’s. How they proceed, under the glare of public judgement, will have significant consequences.

With the stature and profile of footballers continuing to grow almost exponentially, and the impact of social media leaving little out of the public spotlight, footballer’s actions will be scrutinised like never before. The repercussions will go far beyond the individual which is the case here with club and country already being dragged into the furore.

Is it time the legal world embraced AI?

Transcript: Rory Lynch discusses deep fakes on The Andrew Pierce Show
This site uses cookies. Find out more. Continued use of this site is deemed as consent.   CLOSE ✖