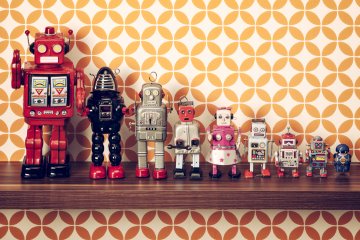 Over the last months, the world has been enraptured by one of the most revelatory and intimate reputation battles of the past decade, as Johnny Depp failed in his libel case against the Sun newspaper.

With countless deeply personal details emanating from the widely-covered trial, the media coverage on both sides of the Atlantic was immense.

But, as we have noted before, the story does not end here. Mr Depp is suing Ms Heard for defamation in a $50m claim in the US.

In August, as part of Ms Heard’s counterclaim to Mr Depp’s $50 million defamation suit in the US, her team submitted documents to the court containing a peculiar allegation: that Mr Depp, through his lawyers, had orchestrated a concerted social media campaign of trolling against Ms Heard.

This campaign, the documents allege, had begun following their initial split in 2016 and had continued all the way through to July’s libel hearing at the High Court. Particularly interesting is how this campaign was alleged to have been operated: according to the counterclaim, the torrent of abuse was achieved through the use of “bots” or automated (and fake) social media accounts.

As reported in press at the time, the counterclaim alleges that: “Mr Depp is attempting to defame Ms Heard and interfere with her reputation, career and livelihood through an online smear campaign he has organised and orchestrated.

“As part of his ongoing smear campaign, Mr Depp has directed both authentic and inauthentic social media accounts and "bots" to target Ms Heard’s Twitter account and attempt to interfere with her contracts and business.”

According to the papers filed, the main targets of this alleged campaign were two petitions which were repeatedly shared by the accounts accused of being inauthentic: one urged DC Entertainment to remove Heard from Aquaman 2; the other pressed L’Oreal to remove Heard as their spokesperson.

The counterclaim then goes into further detail, stating that “There are a number of newly created foreign language accounts specifically or predominantly designed to damage Ms Heard.”

“Many of these accounts have Cyrillic signatures, reflecting Russian origin.”

Fears over automated social media accounts acting in conjunction as part of a concerted campaign are not new. With concerns of foreign involvements in elections and other political processes, scrutiny has intensified on social media platforms, particularly concerning their responsibility to counter disinformation. While this may be a topic of discussion in the political realm, it is new ground in reputation battles.

In high profile libel cases, coverage in the media is common and when future careers are at stake, the court of public opinion can be almost as crucial as the battle in the courtroom. As social media continues to consolidate its hold on information sharing, these battles are now predominantly waged online.

Obviously the allegations contained in Ms Heard’s counterclaim have not yet been put to proof. We will therefore have to wait until next year to see the outcome. However, if such allegations are proved to be true, a new frontier may have opened. It is not uncommon for the acolytes of various celebrities to attack one another online, but the use of targeted campaigns, and automated accounts, would be a far graver situation. Calls of support could easily be artificially inflated and damaging vitriol could become more prevalent and relentless.

The potential importance of this new phenomenon transcends one case. Regardless of whether these specific claims prove to be true, the technology to facilitate such fake campaigns certainly exists and ever greater pressure will fall on social media platforms to put in place preventative measures. With opposing supporters increasingly staking out their battle lines on social media, it is imperative that they do.

The meaning of defamation, libel and slander

Alex McCready, the go-to reputation expert on the Prince Andrew situation, speaks to the press
This site uses cookies. Find out more. Continued use of this site is deemed as consent.   CLOSE ✖