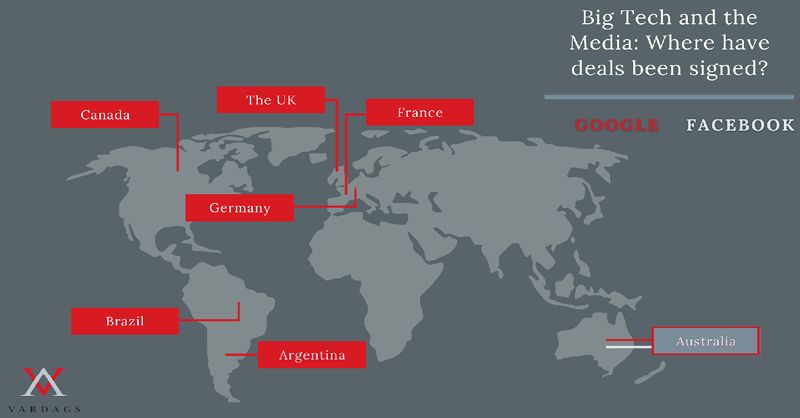 After blocking all news websites from the feeds of Australian users last week, Facebook have now backed down, and restored news content, after announcing a deal with the Australian government.

Facebook’s unprecedented decision to restrict what Australian users were able to see was the result of a proposed piece of legislation which would force tech giants to pay news publishers for hosting their content. The move caused widespread backlash with many believing it demonstrated the need for the power of tech giants, including Facebook and Google, to be more tightly regulated.

The original legislation, proposed by the Australian Competition and Consumer Commission, centred around a bargaining code which was designed to ensure that publishers, and news media outlets, were remunerated by tech platforms who generated advertising revenue by hosting news content on their sites.

The code provided a framework for an agreement to be made and included the provision that if an agreement was not reached, an independent arbiter would implement a “final offer arbitration model” to determine unilaterally the price the tech platforms would pay.

If the code was breached, fines of $10 million, or the equivalent of 10% of turnover generated in Australia could be levied.

In order to reach an agreement, however, the Australian government agreed to make four key amendments to their original proposal:

What are the wider implications?

The key interest in this disagreement was Facebook’s reaction.

While Google, who would also fall under the remit of the code, provided only initial resistance before promptly negotiating commercial deals with a number of Australian publishers, Facebook’s decision to restrict the information Australian users could see was viewed by some as attempted intimidation.

The standoff has also been viewed as a sign of things to come. Faced with the ever-increasing dominance of a handful of tech platforms, governments around the world have been introducing legislation to try to limit their power and spread the wealth they generate, particularly to support news industries in widespread decline.

As the above graphic demonstrates, this has resulted in a number of deals being completed:

With pressure continuing to mount, and the Competition and Markets Authority warning of more antitrust probes to come, this is likely to just be the beginning.

From a reputational perspective, these early skirmishes have already caused significant damage to the reputations of these tech platforms and further challenges lie ahead, not least with the UK’s Online Harms Bill, a point noted by Alexandra McCready, Head of Reputation & Privacy at Vardags:

“Once accepted as simply providing a forum for users to share content, tech platforms, from social media to search engines, are increasingly being viewed as publishers in their own right. While this trend continues, further battles will surely follow.”

How to remove defamatory online reviews

ONS: Divorces increased by 18.4% in 2019
This site uses cookies. Find out more. Continued use of this site is deemed as consent.   CLOSE ✖