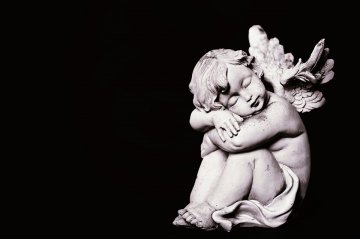 In 2005 the government amended the 1989 Children Act to add in provisions for the families of children whose parents were no longer able to care for them. Unlike fostering or adoption, this allowed the children to remain resident with members of their biological family as relatives could apply for a special guardianship order and, after an assessment, have the children placed in their care.

However, over the past ten years it has become clear that there are some quite significant failings in the system. Research by the University of Bristol found that while special guardianship orders break down only slightly more frequently than adoptions, these breakdowns happen far more quickly, often only lasting a few months. One explanation for this is that while there is a rigorous screening process for those who wish to adopt, the same is not true for special guardianship orders. Additionally, the support provided post-adoption is far greater than that given after a relative becomes a guardian. It seems odd that this should be the case, given that those seeking to adopt are actively looking to introduce a child into their family, while special guardianship orders are more likely to be required based on circumstances outside of the relatives’ control.

This was certainly the case for Hazel, who spoke to the BBC earlier this month. When her two grand-nephews came to live with her, Not only did the local authority fail to provide her with the support she felt she needed, but she was also not made aware of the behavioural difficulties affecting the elder boy, nor the extent of the trauma the pair had experienced. Her concerns were dismissed as “teething problems” and ultimately both boys were removed from her care, along with her own young son.

This is an extreme example, but it’s clear that changes need to be made. The assumption that being related to a child means that you are able to cope with any difficulties you may encounter is a dangerous one, and as the researchers at the University of Bristol put it, adoption should not be seen as the “gold standard” when it comes to finding new guardians for children. With the correct support, people like Hazel would find themselves far better equipped to become guardians. Fortunately, hope is not lost for the special guardianship order. On February 29th of this year a further amendment was made to the law, requiring more stringent assessments of those who wish to become guardians. This will by no means solve the issues of support, but it is a step to increasing communication between the local authority, social services, and the relatives of young children who need their help.

Fiction vs Family Law: Finn and international child abduction
This site uses cookies. Find out more. Continued use of this site is deemed as consent.   CLOSE ✖