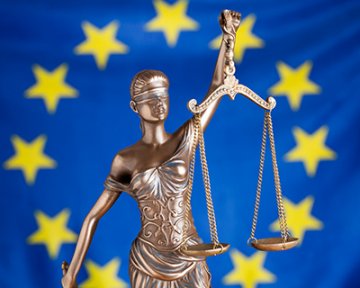 The European Court of Human Rights unanimously held that a forced adoption process in Portugal was a breach of Article 8 (right to respect for private and family life) of the European Convention on Human Rights, and that courts and child protection organisations have a positive obligation to keep families together.

The case of Soares de Melo v Portugal (72850/14) was regarding seven minor children of the Applicant, Liliana Sallete Soares de Melo, who were taken into care and put up for adoption due to the family’s poverty. The applicant, a Portuguese national, had been reported to the Sintra Child and Youth Protection Commission (CPCJ) in 2005 over concerns for her ten children. The principle issues were that the applicant was unemployed, and the father was often absent from the family-home and in a polygamous relationship.

A protection agreement was signed between the applicant, the father and the CPCJ in January 2007 stipulating that the father was to provide financial support for the children and the mother was to provide for their education and health needs, seek employment, and undergo sterilisation by tubal ligation (which she refused).

Legal representation for the applicant argued that the actions of the State was disproportionate, for the children had not been harmed by either parent, there were strong emotional links with the children, and the State failed to take less intrusive practical steps to improve the family’s financial and living situation before embarking on their drastic course of action. It was also argued that it was unacceptable to insist on the mother agreeing to sterilisation.

The Court held that removing children from their parents should only be done when they are at risk, and it is therefore necessary. It was held that the State has a positive obligation to keep families together, and that this family had not been given sufficient support, nor was there sufficient expert evidence as to the children’s physical and emotional well-being to support the State’s decision. It was suggested that the State could have assisted the family with more practical solutions, such as better access to running water, and financial aid, before removing the children. Similarly, alternative methods of contraception could have been recommended to the mother, before seeking a more invasive procedure, as “to impose such a medical procedure on a person without their consent was incompatible with the freedom and dignity of that person.”

Judge Sajó stated in his judgement that the rights and well-being of both the parents and the children is important, and that the “requirements of the Convention are not fulfilled if one ignores the importance of the need for parents and their children to ‘be together.” Judge Sajó went on to consider the importance of the State understanding that they should not act “under cover of an alleged paternalistic benevolence” with regards to child welfare, that although such considerations should be “paramount,” decisions should be made harmoniously with consideration to other fundamental rights. In this case, the applicant has been deprived of her parental rights, and the State had only objectively considered the welfare of the children.

Cross-border surrogacy and the trouble with triplings
This site uses cookies. Find out more. Continued use of this site is deemed as consent.   CLOSE ✖