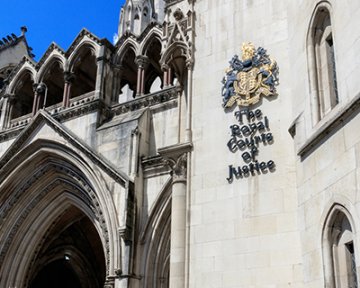 Mrs Justice Theis has allowed an appeal from a committal order made on 18 January 2016 for a breach of a collection order made in 2004.

In March 2004, a care and freeing order was made by Mr Justice Kirkwood regarding a 3-year-old girl (‘L’), who by December of that year had disappeared with her parents. A collection order was made by Judge Bevington in December 2004, which named ten individuals (including the respondent Mr Oddin and other family members) preventing them from assisting in the abduction of the child. The child was made a ward of the court.

In July 2015, a witness summons was issued to Mr Oddin (the child’s paternal uncle) to attend a hearing for the investigation as to the location of the child and her parents. He attended the hearing in October 2015. Later that month, the local authority initiated committal proceedings against Mr Oddin, accused of providing false information as to the child’s whereabouts.

Mr Oddin has staunchly denied this accusation, in his witness statement of 3 November 2015 he states “I do not know the whereabouts of L…I am not and never have been part of a conspiracy to abduct L and would not pervert the course of justice by lying to this…court.”

At the October hearing, Mr Oddin was not legally represented and answered all questions posed to him. In January 2016 the local authority’s Counsel issued a positions statement setting out the relevant law for committal hearings including the right for defendants not to give evidence and that this should be expressly stated by the court. At the committal hearing on 18 January 2016, Mr Oddin’s legal representation sought to clarify whether he was in contempt for not answering the judge’s questions in October or in contempt for breaching the original collection order of 2004. The judge, Mr Justice Keehan found Mr Oddin to be in breach of the collection order and therefore in contempt of court, and imposed an immediate 6-month prison sentence.

The Court of Appeal has allowed an appeal of this committal order and sentence, as the committal hearing was wrongfully focused on the 2004 collection order whereas it should have been regarding Mr Oddin’s untruthful evidence given in October. The President stated that this situation had highlighted a ‘irremediable procedural error’ as the hearing on 18 January 2016 relied heavily on the evidence Mr Oddin provided in October 2015, when Mr Oddin was “denied the safeguards which anyone facing proceedings for committal is entitled to: in particular…the right to remain silent.” In addition, the President also commented on the service of the original collection order and the lack of a prominent penal notice. Therefore the appeal was allowed.

Mrs Justice Theis pressed upon Counsel and the solicitors present their duty to assist the court, especially when considering proceedings with a custodial element, similarly in cases where the court is seeking to “make and enforce, orders to secure the return of children…to protect vulnerable children from harm.” She also set out a clear checklist that should be "at the forefront of mind” when hearing committal applications:

“(1) There is complete clarity at the start of the proceedings as to precisely what the foundation of the alleged contempt is: contempt in the face of the court, or breach of an order.

(2) Prior to the hearing the alleged contempt should be set out clearly in a document or application that complies with FPR rule 37 and which the person accused of contempt has been served with.

(3) If the alleged contempt is founded on breach of a previous court order, the person accused had been served with that order, and that it contained a penal notice in the required form and place in the order.

(4) Whether the person accused of contempt has been given the opportunity to secure legal representation, as they are entitled to.

(5) Whether the judge hearing the committal application should do so, or whether it should be heard by another judge.

(6) Whether the person accused of contempt has been advised of the right to remain silent.

(7) If the person accused of contempt chooses to give evidence, whether they have been warned about self-incrimination.

(8) The need to ensure that in order to find the breach proved the evidence must meet the criminal standard of proof, of being sure that the breach is established.

Suspended sentence for woman who induced her own abortion in Northern Ireland
This site uses cookies. Find out more. Continued use of this site is deemed as consent.   CLOSE ✖