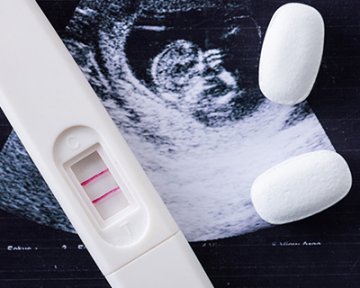 A 21-year old woman has been found guilty and given a suspended custodial sentence in Northern Ireland today after pleading guilty for procuring her own abortion, using pills she purchased online.

In Northern Ireland abortion is still a criminal offence under the Offence Against the Person Act 1861, with a potential sentence of anything up to and including life in prison. Counsel for the young woman told Belfast Crown Court that if they were in any other part of the UK, she would “not have found herself before the courts.”

The country’s abortion laws were reviewed earlier this year with a majority of Northern Ireland’s politicians voting to maintain the current laws on abortion. This is in contrast to public opinion, as shown by a recent poll by Amnesty International, 70% of the population thought abortion should be available in cases of rape, incest, and in cases where the foetus will not survive after birth.

Abortions are only permitted in Northern Ireland when the life of the mother is in danger. They do not allow termination of a pregnancy if a genetic abnormality is discovered that could lead to a child being severely disabled, or if it is the product of sexual crime.

In this case, the 21 year-old woman was 19 when she fell pregnant, and tried to save up enough money to travel to England to have an abortion. Feeling isolated given the region’s views and living with people she didn’t know, she sought advice from a women’s clinic that told her about Mifepristone and Misoprostol pills that can be purchased online. This advice was followed and the woman was able to induce an abortion at her home when she was 10-12 weeks pregnant. She was reported to the police by her housemates, and pleaded guilty to procuring her own abortion, sentenced to 3-months suspended for two-years.

The judge Mr Justice McFarland has stated that the advice given to the woman about the available pills “were perhaps inappropriate” given the woman’s background and her location. Several other women are similarly to face prosecution in Northern Ireland shortly for procuring these same pills from pro-choice organisations.

The sentence handed down on Monday has received criticism from both pro-choice and pro-life groups. Pro-life groups, including Precious Life have stated that given the recommended sentence for abortion is life-in-prison, a three-month suspended sentence is too lenient.

Amnesty International have stated that they are “appalled.” The British Pregnancy Advisory Service are likewise shocked that this woman is “a victim of Northern Ireland’s draconian abortion laws.” There has been public outrage that politicians are not doing enough to protect women’s health (whether their physical or their emotional well-being).

This sentence comes just weeks after the global outcry over comments made by US presidential candidate Donald Trump on abortion, stating that women who undergo the procedure should be “punished.” Women’s Groups in Northern Ireland are angry that the media frenzy sparked by this “flippant” comment has not been mirrored in the face of its practice within the UK.

The 21-year-old’s barrister has stated that his client felt “victimised by the system” and “isolated…with no one to turn to.” She has since had a new baby with her partner and is ‘trying to put her life back together.”

Same-sex couples seeking IVF on the NHS face discrimination
This site uses cookies. Find out more. Continued use of this site is deemed as consent.   CLOSE ✖