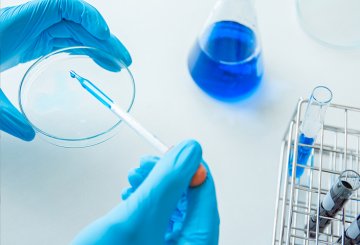 A woman in Singapore, who gave birth to a child that was not biologically her husband’s, has been denied compensation money towards her child’s upbringing. The unnamed woman – all parties to the case are anonymous – was given leave to sue the hospital in question for damages last year. If she had been successful, the money given to her would have been used to fund her child’s upkeep.

The 39-year-old mother sued the hospital, Thomson Medical, and two embryologists for several things, including damages for pain and suffering, medical costs and income loss. It is understood that the upkeep claim for the baby constituted a substantial part of the claim.

While the hospital accepted liability for the mistake, the judge decided that there were “cogent policy considerations” for the defendants not being made liable for the baby’s upkeep. Justice Choo Han Teck ruled against her claim for upkeep, arguing that to grant it would act as a constant reminder that the money was compensation for a mistake. The child "should not ever have to grow up thinking that her very existence was a mistake," he said.

The case is the latest of several IVF-related mix-ups that have occurred around the world. A case in Italy last year involved a couple who suffered a similar experience; however, in their case the child was biologically neither the mother’s or the father’s. The mistake, at the Pertini hospital in Rome, apparently occurred because the couple in question had a surname almost identical to the couple whose embryo they mistakenly took.

It is also another unfortunate mishap in the ever-changing parental landscape. Last month I reported on an extraordinarily difficult case in South Africa in which two children were switched at birth and given to the wrong parents. Taken together, these stories show just how complex the intersection between technology, ethics and family law can be, as well as the weight of consequence for all those involved. However, there’s never any cure for human error and, as the time goes on and further medical developments are made, parental issues are likely to become ever more complicated.

Who you marry affects career success, study finds
This site uses cookies. Find out more. Continued use of this site is deemed as consent.   CLOSE ✖