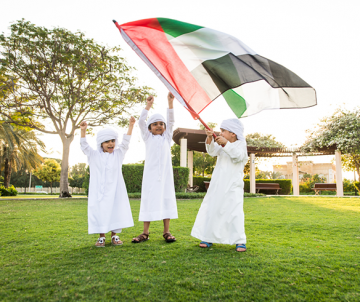 The Dubai Foundation for Women and Children (DFWAC) has stepped up its stellar work to offer counselling to vulnerable women and children. The organisation was the first non-profit organisation licensed to shelter women and children in the UAE, and it has been working to ameliorate and prevent issues such as domestic violence, child abuse and human trafficking in the Emirates since 2007.

Now, the DFWAC is to add another string to its bow: it will provide counselling services to those in need in the community from a base at the Princess Haya bint Al Hussein Cultural and Islamic centre in Al Mizhar. Its aim is to be able to help people faster, from a more central location that is closer to the heart of Dubai.

To begin with there will be a three-month trial period where the DFWAC will offer the services twice a month to see how things work out. Subject to a review, they may increase the hours of service available. There will be qualified psychologists and social workers on hand and the service will be utterly private and confidential.

This is excellent news for locals as well as expats and it is clearly a service that is very much in need. Late last summer, news outlets in the UAE reported a sharp increase in the number of callers to the 24 hour helpline; indeed the DFWAC reported back in August 2014 that their call numbers had doubled since the beginning of the year. However, they were not seeing this as a negative indicator – as a sign of an increase in domestic unrest – but as a sign that more women were reaching out for help. Afra Al Basti, the organisation’s director, confided in local news sources at the time that many of the calls they received during this period were ’general’ enquiries, simply asking about the services they provided.

Ms Al Basti believes that they are ’on the right track’, and with the expansion of their remit to include centrally-located counselling, it seems that they are indeed offering the kind of service that will be truly transformative for the area and raising the bar when it comes to offering vital humanitarian aid. Crucially, all staff members are required to be multilingual, reflecting Dubai’s international appeal and the cultural diversity of its residents.

'Mutual recognition of protection measures' across EU member states
This site uses cookies. Find out more. Continued use of this site is deemed as consent.   CLOSE ✖