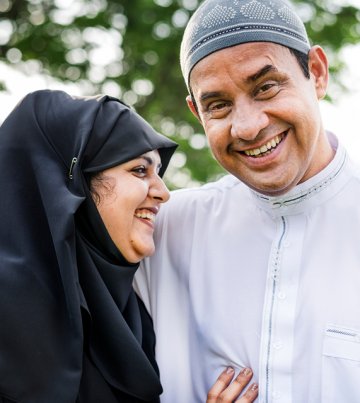 A third member of the House of Lords has taken a stand on family law issues in England. Baroness Cox, a cross-bench peer, has provided an introduction to a report on Islamic marriage in the UK and, in particular, its effects on women. The report has been produced by Midlands-based charity Aurat, which works with women at risk of honour-based violence or forced marriage.

The key findings of the report are that many problems arise out of the conflict between Islamic marriage and civil marriage; the problems are personal, legal and economic. While the two can of course exist simultaneously, the Aurat report suggests that many Muslim marriages in Britain involve the nikah (Islamic marriage contract), but not a civil marriage. This leaves couples – in this case, women in particular – vulnerable in the event of divorce, because their marriage will not be legally recognised by the English courts and so they won’t be able to seek its remedies.

The anecdotal data on which the report is based comes from fifty Muslim women living in the West Midlands; it was conducted by means of face-to-face interviews which took place between August and September 2014. Crucially, the report found that of the fifty women interviewed, forty-six identified as being married; however, only 10% of those forty-six women were in fact in marriages that would be recognised under English law. Furthermore, of those women whose marriages were not legal under English law, more than half were unaware of their inferior legal status. Many believed, erroneously, that as their nikah ceremony was conducted in the UK, that it would afford them the same rights as any other married woman in England. The women interviewed also discussed their experience of polygamous – or rather, polygynous – marriages.

The aim of the report is to attempt to open a discussion about how these problems might be avoided in the future. It also serves to raise awareness of the dual marriage issue so that Muslim couples living in England might be better protected under English laws.

Aurat was founded as a charity in 2014 by Habiba Jaan, and is clearly a personal mission for her. Jaan admits that she encountered these problems first-hand when her own marriage broke down, and she was surprised to discover that she did not have the same rights as she would have had, had she entered into a civil marriage. Worse still, when her first child was born, she received conflicting advice on the issue from the authorities.

Baroness Cox has a strong track record in getting involved in social issues. She founded the Humanitarian Aid Relief Trust in 2003 and is a committed advocate for disability rights.

Stephen Fry and other modern celebrity marriages
This site uses cookies. Find out more. Continued use of this site is deemed as consent.   CLOSE ✖