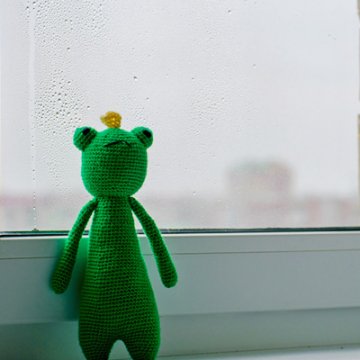 Devastating news for Muppet fans everywhere: Kermit the Frog and Miss Piggy have announced that they have ended their relationship.

In keeping with the modern era, the ever-youthful duo made the announcement via separate statements on social media.

Many people will be saddened by the end of the famous ’rainbow connection’, but, on the sunny side, their split will not impact their ongoing professional relationship.

The pair are soon to star alongside each other in the new Muppet ‘reboot’ TV series The Muppets on the American network ABC. The show is being billed as ’a mockumentary-styled sitcom’.

Speaking at an ABC event, Kermit explained: “People change. So do frogs and pigs… We were together for a long, long time and it’s personal”.

Miss Piggy wrote in her statement:

After careful thought, thoughtful consideration and considerable squabbling, Kermit the Frog and moi have made the difficult decision to terminate our romantic relationship. We will continue to work together on television (The Muppets/Tuesdays 8pm this fall on ABC) and in all media now known or hereafter devised, in perpetuity, throughout the universe. However, our personal lives are now distinct and separate, and we will be seeing other people, pigs, frogs, et al. This is our only comment on this private matter… unless we get the right offer. Thank you for your understanding.

The split and the imminent TV show launch are two wholly unconnected events, of course.

The relationship has been long, but not without its hiccups. In the 1979 film The Muppet Movie, Kermit and fellow Muppet Rolf sing mournfully about the pitfalls of interspecies relationships in the song ’I hope that something better comes along’.

It’s unclear what sort of joint assets are involved in the marriage – or indeed if the pair were legally married. At the time of writing, interspecies relationships are frowned upon in legal terms in England and Wales.