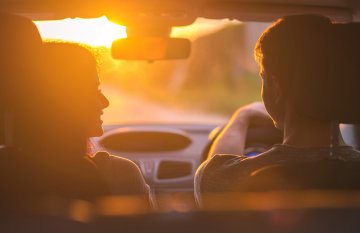 BBC Radio 4 tackled the issue of adultery and divorce on its iPM programme this weekend. Presenting a case study from a listener who had discovered, to her dismay, that she was not able to divorce her husband for his affairs with other men by citing adultery, it threw into sharp relief the outdated view of sexuality and relationships that the current system perpetuates.

The Matrimonial Causes Act 1973 established the current five reasons for divorce, which are:

The first of those might initially seem the most straightforward, but not as iPM’s featured listener, ‘Anna’, discovered. Having been married for 20 years, she discovered quite early on in the marriage that something was not quite right. She eventually discovered that her husband was gay and was in fact carrying on several affairs with other men – around ten – to be exact.

However, despite the fact that her husband had most certainly been unfaithful, she could not cite adultery as grounds for divorce because he was not having a heterosexual affair. The definition of ‘adultery’ includes heterosexual intercourse only.

This seems clearly ridiculous, but presents two possible routes for change. One is that adultery remains in place as one of the five reasons, but the legal definition is extended to include other types of intimacy besides heterosexual relations or, perhaps more reasonably, adultery is simply scrapped altogether as a reason for the irretrievable breakdown of marriage.

There’s evidence that we’re already moving beyond ‘adultery’ as the reason of choice. Statistics show that nearly half (47%) of divorces in England and Wales are petitioned citing unreasonable behaviour, with adultery being cited in a mere 15% of cases.

Further BBC coverage of this issue can be read here.

English pensions and overseas divorces
This site uses cookies. Find out more. Continued use of this site is deemed as consent.   CLOSE ✖