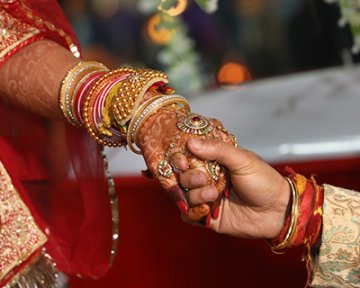 India traditionally has a very low divorce rate, though according to a recent BBC News article, this is changing, with divorces becoming more frequent.

A common reason for divorce in India is ‘mental cruelty’ which can work in a similar way to our nebulous and imprecise ‘unreasonable behaviour’. It can cover a multitude of sins, from the serious (actual abuse) through to the trivial (’my husband won’t do the dishes’).

The Supreme Court in India has gone so far as to rule that there should be no ’fixed parameters’ regarding what constitutes ‘mental cruelty’, so potential divorcees can be quite creative. They run the gamut from ‘partying too much’ to ‘demanding sex too much’.

While such excuses sound flippant, everyone’s ‘unreasonable’ threshold is likely to be different.

Not that this is specifically an Indian problem. Earlier this year a Nigerian woman filed for divorce due to her husband’s oversized manhood. Last year news reports emerged of a woman in Japan who allegedly divorced her husband because he wasn’t as into the film Frozen as she was.

When is adultery not adultery?
This site uses cookies. Find out more. Continued use of this site is deemed as consent.   CLOSE ✖