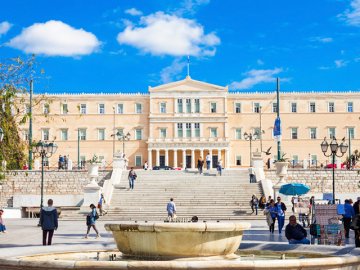 Greece has officially become a signatory to the Rome III regulation on divorce law. Greece signed up to the regulation – officially called the Council Regulation (EU) No. 1259/2010 – in October 2014; it has now come into force.

The regulation was passed by the EU Council in 2010, and it now has sixteen signatories including Austria, France, Belgium, Italy, Germany, Hungary and Malta. Rome III governs which country’s law will apply to a divorce. (N.B. The Brussels II regulation determines which court has jurisdiction.) It was introduced in order to tackle the increasing number of international divorces.

Rome III enables international couples to agree in advance which law would apply in the event of their divorce or legal separation. In the event that they cannot agree, judges in the countries that are signed up to the regulation will be able to follow a set formula for determining which country’s law should apply.

Greece was in fact one of the original signatories to the regulation, but it withdrew its support while the regulation was in its developmental stages. It was then granted permission to join on 27 January 2014.

England is not a signatory to Rome III, though it is to Brussels II. This is because England traditionally only applies English law in its courts.

‘For Laura’: Half-of-everything divorce stunt a hoax
This site uses cookies. Find out more. Continued use of this site is deemed as consent.   CLOSE ✖