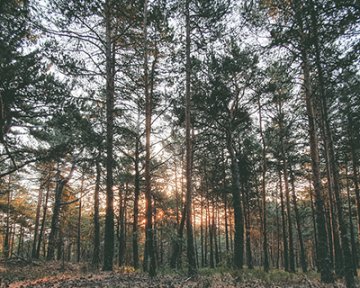 Last weekend, seven-year-old Yamato Tanooka was reported missing. His parents initially claimed that he had disappeared while they were foraging for edible plants, but later admitted that they had left him by the roadside as punishment for throwing stones at people and cars. When they returned five minutes later, Yamato was nowhere to be found.

While the Tanookas did not abandon Yamato on purpose, Japan has a complicated relationship with child abandonment. There have been a number of high profile cases over the years, including the 1988 abandonment of five children by their mother in the Toshima ward of Tokyo. Two of the children died over the months they were left alone, and the case was so widely publicised that it was eventually made into a film.

Similarly, in 2010 a woman in Osaka boarded closed the door of her apartment, leaving inside her son and daughter, one and three years old respectively. She reportedly claimed that she had become “tired of feeding and bathing” the children and wanted time for herself. Though neighbours heard the children’s cries, they assumed they were simply unruly, and thought nothing of it when the cries subsided a few weeks later. Both children were found dead.

But not all cases of child abandonment in Japan have such deadly consequences – in fact, there’s a perfectly legal way for parents to safely leave newborn children they are unable to care for. In 2007 a ‘baby hatch’ was introduced to Jikei hospital in order to facilitate just that. Time Magazine claimed that Japan was having a “parenting crisis”, with record numbers of child abuse cases while paradoxically the size of Japanese families were shrinking.

In the UK, baby hatches are illegal under the Offences Against the Person Act 1861, which states that abandoning a child under two years of age is a criminal offence.

Fortunately for Yamato, his parents had never meant to abandon him and he was found alive and well six days after his initial disappearance. Mr Tanooka expressed his deep regret at ever having left his son alone, and says that in future he and his wife will “do even more to love him and keep a close watch on him as he grows up”. There is no word yet as to whether any charges will be brought against the Tanookas.

Widow challenges French law against impregnating herself with a dead man’s sperm
This site uses cookies. Find out more. Continued use of this site is deemed as consent.   CLOSE ✖