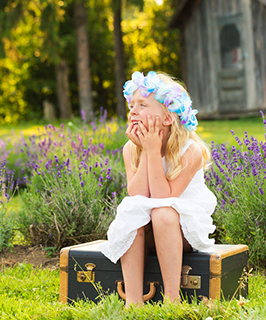 Sitting at the Royal Courts of Justice last week, Mr Justice Cobb ruled that a 13 year-old girl should be returned to France to live with her father, as her stay in England with her mother was unlawful.

The parents in this case were married in England in 1996, where they lived until 2007, when the child ‘S’ was 4 years old, and the family moved to northern France, where the father originates. The marriage broke down in 2015, and the father filed a divorce petition in France on 16 February 2016.

The following day there was a “scene” in front of the family’s older daughter at their home, occurring “against the background of a domestic ‘undercurrent of unease’.” After calling the police, the mother was advised to leave the property, so she went to a local hotel with the two children. The mother returned to the matrimonial home to collect items while the father was at work, and on 3 March 2016 she took the children from school in France and removed them to England without the father’s knowledge or consent. Both girls have been attending school in England and have had minimal contact with their father since leaving France.

The father consequently brought an application in England under the Child Abduction and Custody Act 1985, which incorporates the principles of the Hague Convention 1980 on international child abduction, requesting the court order the return of S to France.

“The mother wishes to remain here in England, but has informed that in the event that orders the return of S to France, she will return with her, and seek the French Court’s leave to relocate permanently to England.”

The mother in this case does not contest that in accordance with article 3 of the Hague Convention 1980, removing the children from France on 3 March 2016 “was wrongful”. Mr Justice Cobb discerned that his “primary obligation is therefore to return S forthwith to France.” However, the mother claims an exception in this case, that returning the child to France would expose her to psychological harm as she would be separated from her sister, it would be against the child’s wishes, and there would be significant financial hardship in returning.

The burden of proof is on the mother to prove that such exceptions exist in this case.

Mr Justice Cobb did concede that “a return of S will indeed impose a separation of the siblings” as the other daughter has stated that she intends to remain in England. However, he discerned that there is an age gap between the sisters and that “they are at a very different stage of their emotional and educational development,” and with frequent visits and continued communication, separation need only be a temporary measure:

“In the event that S is returned to France, the sisters will be able to see each other in holidays, for significant periods; although in different countries, they would be living reasonably easy travelling distance apart which would make even weekend meetings feasible.”

The financial instability was due to the fact that post-separation, the mother had nowhere to live in France and was in a financially vulnerable position. The mother stated that if she had a safe place to stay in France with both children she “would not have considered returning to the UK.” Therefore, Mr Justice Cobb was not convinced that the financial situation of either party would be “materially worse” by living in France, as the mother was able to work in France, and although she was able to live rent free in England by staying with her parents, it was not a viable long-term solution.

The father has offered to pay the mother a sum of no less than €510 per month, if she returns to France, in order to assist her while looking for work and until the French Court can finalise the financial arrangements on divorce. In addition, the father has offered to cover her rental costs and first month’s deposit, and to continue to pay the mortgage on the matrimonial home. Mr Justice Cobb considered the father’s offer to be “reasonable, and neutralises the argument that S and her mother would be placed in intolerable financial hardship in the event of a return.”

In his judgment, Mr Justice Cobb had to consider S’s views, which she had given to a Cafcass officer and by a letter to the court, on returning to France, and whether she had attained a suitable age and level of maturity at which it was appropriate to take account of her views.

S informed the Cafcass officer in an interview shortly before the hearing that she wanted to stay in England with her mother and sister, despite admitting to missing her life in France and her French friends. She also expressed that she had been finding the English educational system difficult to adjust to and found the language barrier difficult to overcome.

Cafcass were concerned that S was reflecting the views of her mother in blaming the father for their current situation and financial difficulties, which Mr Justice Cobb agreed was likely, and concluded that the views S expressed “amounted to no more than a ‘clear preference’ to remain in the UK rather than an objection to return to France.”

In contrast, Mr Justice Cobb was satisfied that S did sufficiently object to the prospect of returning to France, as she had expressed clear concern over being separated from her mother and sister, and a reluctance to be returned to the potentially disharmonious family atmosphere experienced in late 2015. Similarly, both Cobb J and the father consider S to be of a suitable age and maturity that her opinion can not be overlooked.

However, the judge did state that S’s views were not determinative, and that the court has jurisdiction to use its discretion to order her return to France as her home country. Mr Justice Cobb considered that S’s concerns over being separated from her mother and sister were mitigated by the mother’s indication that she would return to France with her if an order was made, and frequent visits and holidays could be planned with the sister if she remains in England with the maternal grandparents.

Similarly, the disharmony experienced in the home prior to the mother removing both children to England would not occur on the same basis. The parents would be living separately in France, and any financial concerns had been suitably mitigated by the father’s offer to pay housing expenses, and maintenance in France.

Therefore, Mr Justice Cobb ruled that the father’s application should succeed and the child ‘S’ be returned to France as her “proper home” and made orders for interim financial provision under Hague Child Protection Convention 1996, as S had been fully “integrated into life in France” at the time of her removal and still had a close and loving relationship with her father.

Is Sharia Law being used to legitimise forced marriage? England and Wales launch an independent review
This site uses cookies. Find out more. Continued use of this site is deemed as consent.   CLOSE ✖