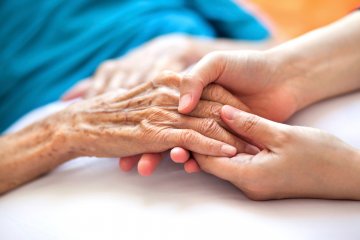 The recent comments of retired Court of Protection judge Denzil Lush, warning of the risked posed by lasting power of attorney (LPA), have prompted a flurry of debate. Specifically, benefits of LPAs have been weighed up against those of deputyship, an alternative means of giving one person responsibility over another’s affairs if the latter lacks mental capacity, favoured by Mr Lush.

What is an LPA?

An LPA is a powerful legal document that allows a person to appoint trusted individuals to make important decisions about care and finances on their behalf, in the event they lose mental capacity through either an accident or illness such as dementia. The number of appointments of LPAs is rising. In April to June 2017, LPA arrangements were up 30% from the same quarter in 2016. You can find a more detailed definition here.

How does a Deputy Order differ?

The default alternative to an LPA is a Deputy Order. The differences between the two are largely procedural. If someone has not made an LPA and loses capacity, any individual seeking responsibility over the incapacitated person’s affairs must make an application to the Court of Protection in order be appointed a deputy. An appointee, under either an LPA or Deputy Order, must follow the Code of Practice of the Mental Capacity Act 2005. In essence, this dictates that they must act in the donor’s best interests at all times.

However, according to Mr Lush in the foreword to his latest book, the power of attorney system is open to abuse and can have a “devastating” effect on families. He further claims that he would never sign one. The judge’s comments were presented on the BBC last August alongside coverage of Frank Willett, a war veteran, who was exploited by his neighbour Colin Blake. Mr Blake, holding an enduring power of attorney for Mr Willett, was able to withdraw £9,000 from Willett’s account in a single transaction. He also took all of Mr Willett’s war medals and his wife’s wedding ring. After a number of years, Mr Willett’s daughter Lesley was able to revoke the EPA and upon doing so discovered all of her father’s money gone. Though a number of procedural safeguards were implemented when LPAs replaced EPAs in 2007, some believe that such arrangements still put vulnerable people at risk.

For Lush, deputyship is a preferable alternative given the greater scrutiny of the deputy from the outset. In contrast to LPAs, the courts require a full list of assets and annual accounts of the appointed deputy. The deputy must also provide a security bond. This bond can be claimed should there be any problem with the deputy misusing the money. While the appointment of a deputy is more expensive than that of power of attorney,Mr Lush views the £320 a year as essential for the extra security afforded. However, this figure is on top of the professional advice that applicants may well require, which can incur costs running into the thousands.

Hannah Southon, director at Vardags, was called on to the Jeremy Vine show on BBC Radio 2 to contribute her expert analysis to the debate. While she accepted that the system of LPAs is not without its flaws, she stressed that the path of deputyship can have significant disadvantages. She explains that the appointment of a deputy is often an arduous process that can leave a vacuum with no arrangements in place, which can be frustrating for loved ones. A further issue that arises when relying on a deputyship is that it is the court’s decision and thus the person who is made deputy may not be the one the donor would have chosen.

With both options having their benefits and drawbacks, Hannah suggests that the best way to ensure that someone’s wishes are respected is to choose one attorney who is fully trusted, or to divide the responsibility equally among children. In order to avoid conflict and confusion, it is advisable to make sure that the children and relatives are aware of who the attorney is and what this arrangement entails. As with all legal documents of such importance, it is always worth seeking quality professional advice.

There is no definitive answer to the question: are LPAs or deputyship preferable? But with rates of dementia rising and 40% of all people over 65 having a limiting longstanding illness, the importance of LPAs is unlikely to dwindle. There is concern that Lush’s comments will elicit mistrust of LPAs, ultimately leaving many who lose mental capacity in a state of limbo, as they wait for a deputy to be appointed. Such a result is undesirable and, despite Lush’s criticism, LPAs can still be viewed as an effective and essential tool if implemented with due care and attention. It can certainly be viewed as a positive that these arrangements are now in the spotlight—hopefully such media attention will prompt our aging population to carefully consider the importance of planning ahead when it comes to the prospect of loss of mental capacity.

Bruce Forsyth’s £17million fortune expected to pass entirely to wife Wilnelia
This site uses cookies. Find out more. Continued use of this site is deemed as consent.   CLOSE ✖