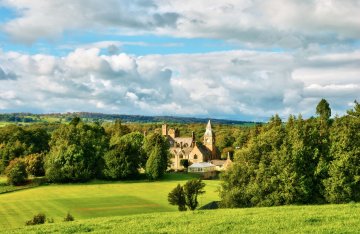 The National Trust is set to inherit millions from a wealthy businessman, despite the fact that his will was written before a significant event that dramatically changed his feelings towards the charity.

The dispute with National Trust

Michael Collins, a businessman who made millions as a property tycoon, made his will in 1990 and chose to leave his fortune to the National Trust. However, Mr Collins and his wife went on to clash with the National Trust in 2005 over the charity’s plans to build a large bird hide and boardwalk on the boundary between the couple’s garden and an estate owned by the National Trust which is used for the popular BBC nature series Autumnwatch. The couple were concerned about the consequences that such plans would have on the country estate but felt that the staff responded to their concerns in a rude and dismissive manner. Although planning permission was ultimately refused, the couple were left less than impressed with the Trust.

Mrs Collins’ intentions for her half of the property assets

Mr Collins’ wife, Christine, died very suddenly in 2014 from an aggressive form of cancer and, as the couple had no children, her share of the various properties transferred to her husband upon her death and are therefore also subject to the will in question. The case was brought by the executors of Mrs Collins’ estate against her solicitors, who advised on her will, on the basis that they were negligent and did not do enough to stop her half of the property assets being passed to the estate of her husband. In Mrs Collins’ own will, which made provisions on the assumption that she would survive her husband who was 10 years her senior, she had chosen to leave part of her estate to the Glyndebourne Opera House. Christine Collins was a patron of Opera Holland Park and gave large donations to the opera house throughout her life. The opera house, who named one of their schemes after Mrs Collins, also awarded her a posthumous philanthropy award. It was therefore very upsetting for her family and friends to see that her share of the fortune would eventually go to the National Trust instead.

The hearing in October 2017

The case was heard at the High Court by Jeremy Cousins QC who acknowledged that the couple had developed a “deep-rooted antipathy” to the National Trust as a result of the clash and said that the dispute “loomed very large” in the lives of the couple. However, despite this acknowledgement, the claim against Mrs Collins’ solicitors was ultimately dismissed by Judge Cousins who came to the conclusion that the lawyers had followed Mrs Collins’ instructions and had not therefore been negligent.

Responses to the decision

A spokesperson for the National Trust reportedly told The Telegraph that the charity “is not driving any action to obtain funds in this case” and that they are only involved as “the beneficiary in Mr Collins’ will”. It was said that they would have respected the decision if Mr Collins had decided to alter his will and had removed the National Trust as a beneficiary. The decision has caused great upset for friends and family of the couple and close friend and executor Mary Padfield reportedly told the press that she is actually “glad” that her friend is no longer alive to see what has happened.

Whilst details of Mr Collins’ situation are limited at this point, we do know that his dementia is severe and that he was sectioned in 2007 after an attack on his wife. Despite a potential lack of testamentary capacity, it is possible, using a statutory will, to change a will on behalf of someone who cannot do it themselves. Indeed Mrs Collins applied to the Court of Protection for a statutory will for her husband in 2007 but withdrew her application. Such an application may be made when the person is unable to understand:

Given that the number of people with dementia is steadily increasing, it is likely we will see more cases arising pertaining to a will which seek to determine what is required for someone with limited capacity to alter their will.

Princess of Luxembourg chooses UK courts for her divorce
This site uses cookies. Find out more. Continued use of this site is deemed as consent.   CLOSE ✖