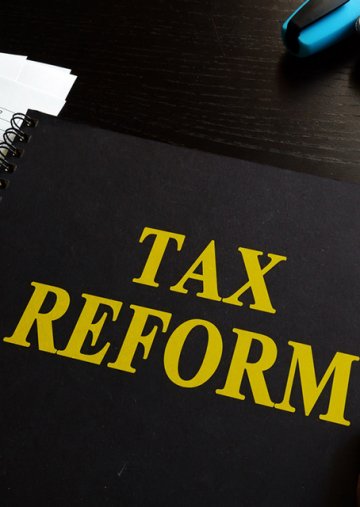 The death of the sixth Duke of Westminster has sparked renewed efforts to reform the way inheritance tax is levied.

Gerald Cavendish Grosvenor passed away in August 2016. The late Duke was a close friend to members of the Royal family and boasted properties in London’s affluent Mayfair and Belgravia districts. He was also said to have owned a number of shopping centres and commercial properties across the globe. However, it has been reported that the bulk of the ducal wealth will be passed on without incurring inheritance tax.

Probate records show that the Duke held £616,418,184 in his personal estate, after payment of debts and liabilities. Most of the Duke’s personal assets will be held on trust with the income being transferred to his late widow, Natalia Ayesha Grosvenor. Trustees have the power to transfer all or any of the capital to the Duchess.

The remainder of the family’s wealth, which is believed to be held through a number of trusts, would not be subject to inheritance tax. Alongside inheriting his father’s title, Hugh will benefit from a series of trusts that are thought to have been put into place in 1953 by the second Duke of Westminster.

Inheritance tax of 40 per cent is payable on any assets above £325,000, unless the estate is left wholly to a spouse or charity. This, generally speaking, applies only to assets held in the deceased’s name, whereas an entitlement to wealth held within a trust would fall outside the scope of IHT. Instead, any drawings on the trust would be taxed as income.

It must be stressed that Grosvenor family’s wealth planning scheme is entirely legal and offers numerous benefits beyond tax efficiency. However, it has highlighted how trust structures can be used to prevent wealth from falling into the hands of the Exchequer. Advocacy groups have argued that current system presents a glaring gap in the governmental policy by allowing wealthy people to pass on assets outside the scope of inheritance tax laws.

The lack of political appetite to implement any systemic change has led to numerous calls for more a thorough review of the current policy landscape. Amongst the concerns charged at the current system include its perceived bias to generating a greater concentration of wealth and sustaining the position of more well-off individuals.

The director of the Tax Justice Network, John Christensen, has openly criticised the Grosvenor family, saying “for people who are really wealthy, inheritance tax has become an optional choice,” Christensen further elaborated, “if you are lucky to be born into a very wealthy family you will be untaxed. For most normal people this is extraordinary and unacceptable".

Only 4% of estates are subject to inheritance tax, and among the wider public, the tax remains deeply unpopular. The Taxpayer’s Alliance has repeatedly called for the levy to be abolished, describing it as “a pernicious tax which hits families at the worst possible time”.

A spokesperson for the Grosvenor family has publicly responded by saying that the family has paid a charge that comes every 10 years of 6 percent on the wealth of the trust to HMRC. In the statement, the family have claimed that the actual amount being paid over the life of the trust is exactly equal to a single payment on the death of a beneficiary of the trust. It was also stated that the trusts were designed to maintain continuity of estate within the family and not to avoid inheritance tax law obligations. The Grosvenor Group, the company which manages the Duke’s property affairs, pays around £60 million per year of taxation and employs over 500 staff.

Despite the calls for public policy reform, opposition has mounted that the Duke, and others in his position, are merely applying the law responsibly and practically. In this respect, it was argued, the Duke was no different to any other husband and father taking advantage of the legal tools available for the same pragmatic, and ultimately private, reasons.

Family trusts are equipped to protect inter-generational wealth against, for instance, the risks of irresponsible spending or unwise investment. They additionally safeguard companies which generate employment and tax revenue from liquidation should a large inheritance tax bill be levied, and do not exempt the beneficiaries from personal taxation. For some, trusts are understood simply a prudent way to safeguard a family’s financial future. Yet, with others viewing them as vehicles for unconscionable tax mitigation, the debate concerning trusts and inheritance remains understandably contentious.

High Court rules that trusts owned by ‘Putin’s banker’ Pugachev are a ‘sham’
This site uses cookies. Find out more. Continued use of this site is deemed as consent.   CLOSE ✖