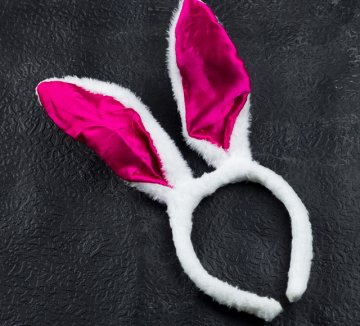 Crystal Harris, the wife of the recently deceased Playboy mogul Hugh Hefner, will take control of a Hollywood Hills home worth millions of dollars, according to TMZ. After Hefner passed away at the age of 91 last week, early reports suggested that Harris could be left with nothing, thanks to an "iron-clad" prenup that prohibited her from inheriting any of Mr Hefner’s fortune.

Now, however, TMZ alleges it has obtained the deed to a 5,900 square-foot LA mansion held in a trust controlled by Harris. The gossip website claims that Hefner bought the house for his wife in 2013 and that "sources familiar with Hef’s estate plan" revealed he also left her $5 million, a deal set out in their prenuptial agreement.

The prenup is thought to have been signed ahead of the couple’s 2012 wedding. This was the third time Hefner had tied the knot, having first enjoyed a decade-long marriage to Mildred Williams. 30 years after divorcing Williams, the playboy wed Playmate of the Year Kimberly Conrad in 1988. Though Hefner and Conrad separated in 1998, it would be another 10 years before their divorce was finalised. He began his relationship with Harris, also a former playmate, in 2009. This last marriage did not produce any children, though Hefner has three adult sons and one adult daughter by his former spouses.

According to various media sources, Hefner’s estate will be divided between his children, the University of Southern California film school, and numerous charities. Hefner’s wealth has been estimated at around $45 million dollars, though Fortune suggests that his net worth could in fact be much lower. He built his fortune as the founder and editor-in-chief of Playboy magazine and, at the height of his career in the 1970s, was reportedly worth over $200 million, the equivalent of more than one billion dollars today. It was during this time that he bought the infamous Playboy mansion, a lavish home that played host to an array of extravagant parties, for $1.1 million.

Hefner sold the mansion to his neighbour in 2016 for $100 million. However, according to Fortune, Hefner had in fact transferred the property deed to Rizvi Traverse Management in 2011, on the same day that the private equity firm bought Playboy Enterprises in partnership with Hefner and "took it private for about $217 million".

Hefner didn’t actually put up the money, nor did he sell his stock. Instead, he just gave all his shares to Rizvi in exchange for a minority stake in the new company and a couple of simple promises: Hefner would receive an annual salary of $1 million, and he would be allowed to live out the rest of his life in the Playboy Mansion for rent of just $100 a year.

Fortune claims that the estimates of Hefner’s net worth are based on his 2009 divorce documents but points to his "free-spending tendencies" and the "accumulation of obligations" arising from his multiple marriages and children to suggest that his assets could have significantly depleted.

Despite selling the company, the Hefner dynasty is showing no signs of crumbling. Business has long been a family affair for Hefner; his eldest child, Christie, served as CEO of Playboy Enterprises from 1988 until 2009. Last year his son from his second marriage, Cooper Hefner, became Chief Creative Officer of the business. Under his tenure, the magazine’s famous full-frontal nude centrefolds have been reinstated, with Hefner Junior promising that the publication would begin "reclaiming who we are."

Involves one spouse having sexual intercourse with a person who is not their spouse. A ground for divorce. Also known as: having an affair.
“Ayesha Vardag - Britain’s top divorce lawyer.”

Emma Gill analyses the purpose and pitfalls of the Child Maintenance Service in Family Law journal
This site uses cookies. Find out more. Continued use of this site is deemed as consent.   CLOSE ✖