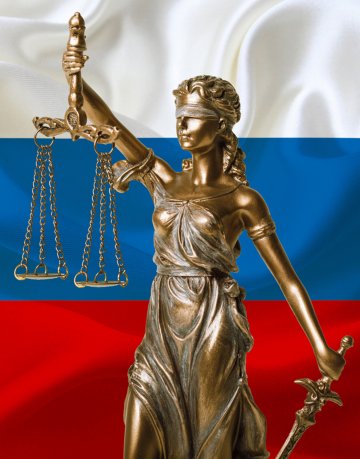 Earlier this month in the High Court, Mr Justice Birss ruled that the trusts owned by the Russian businessman Sergei Pugachev, were in fact ‘shams’. This resulted in any assets within the trusts being available for enforcement by default.

In the recent case of Snook v London and West Riding Investments Ltd (2017), Lord Justice Diplock defines the legal concept of the ‘sham’ trust as an act intended by the parties to give third parties or the court the appearance of creating different legal rights and obligations to those which the parties actually intend to create. The parties must have the common intention not to create the legal rights and obligations which are initially presented.

According to the judgment, Mr Pugachev is ‘a man of enormous wealth’ owning numerous properties in London, Moscow’s Red Square, a French retail chain, three luxury yachts worth a total of $65 million, two private jets and a helicopter. The French citizen left the UK in 2014, shortly after he allegedly found tracking devices planted in his cars.

The existence of five trusts in New Zealand was brought to light following separate disclosure proceedings which Mr Pugachev is currently subject to, following the Russian Deposit Insurance Agency (DIA) bringing the case to court in 2014. Mr Pugachev claimed that the trusts were set up with the intention that all assets held in them were for the benefit of his wife, Alexandra Tolstoy, and their three children, Alexis, Ivan and Maria Pugachev.

The claim that the trusts were sham was brought forward by the DIA, who were acting as liquidator, and Mezhprombank. The DIA argued that Pugachev, the co-founder of Mezhprombank, carried out a systematic scheme to extract money from the company for the benefit of himself and others prior to its collapse in 2010. The DIA have now filed numerous lawsuits in both Russia and the UK in an attempt to recover these assets. The firm believed that Mr Pugachev owes more than $1 billion of assets resulting from the bank’s collapse. The claimants began by securing a freezing order in 2014 that encompassed assets totalling £1.1 billion.

The argument that the trusts were set up for the benefit of Mr Pugachev’s family was thrown out by Justice Birss, who stated that ‘the point of the trusts was not to cede control of the assets to someone else; it was to hide his control of them’. As such, the court determined that Mr Pugachev was using the guise of his family to keep up the pretence that the property and assets in the trust did not belong to him. Justice Birss added to this, expressing that whilst Mr Pugachev held himself as the ‘protector’ of the trusts, this was merely his ‘means by which control was exercised’ and that action ‘should not be accepted’. The ruling noted that, at points, the total assets held in the five trusts amounted to over $95 million.

A representative for Mr Pugachev has spoken out regarding the judgment, noting that “the very request for recognition of Mr Pugachev as the beneficial owner of the trusts is absurd”. While Mr Pugachev was the principle defendant in the court case, he was not notified of the High Court trial and neither he nor his lawyers participated in the proceedings.

Significance of the ruling

The argument that the trusts are a ‘sham’ being recognised in the UK demonstrates the decreasing tolerance of the High Court for any individual who attempts to hold accounts or assets offshore in an attempt to evade creditors. The wider implications of this could certainly be significant for large divorce, family or tax cases, where assets are commonly held offshore in trusts.

Mr Pugachev is currently remaining out of the UK, where there is an outstanding warrant for his arrest. He faces a two-year prison sentence upon his return, due to the breaching of twelve high court orders in relation to various proceedings currently against him.

To read the judgment in full, please click here. For further recent rulings on trusts, please see the following. For information regarding trusts themselves, please visit this page.

The person who is able to receive income or capital from a trust.
“Ayesha Vardag - Britain’s top divorce lawyer.”