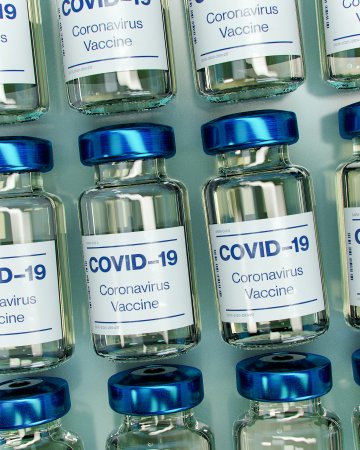 First launched in the winter of 2020, the vaccine rollout has been a particularly successful one, with over 92 million vaccinations administered to date. Such success has reached a standstill, however, when it comes to the vaccination of children: a decision which treads the sensitive balance between parental consent and the child’s wishes.

As discussed in our previous article in March, the decision to vaccinate intersects - rather challengingly - with the law on parental responsibility. In this previous article, we concluded that the key starting point for such decisions is Section 2(7) of the Children Act 1989, which holds that where both parents have parental responsibility, they have equal decision making power which should be exercised jointly. However, when coupled with the paramountcy of the child’s welfare, the case of M v H (Private Law Vaccination) [2021] 2 FLR 899 concluded that, in the event of disagreement between two parents on the decision to vaccinate a child, it is generally in the best interests of child to be vaccinated. Subject, of course, to exceptions, this allowed for a confident prediction that the courts were likely to order in favour of having vaccinations administered to the child.

What happens, then, when the child is in disagreement with their parents? The Health Secretary, Sajid Javid, told Sky News that while the consent of parents would be sought to vaccinate a child between 12 and 15, children deemed capable of making the decision themselves would, ultimately, be able to give their own consent, even if this was contrary to their parents’ wishes, and proceed to be vaccinated.

A child overriding the decision of those with parental responsibility to give their consent to medical treatment is not a novel situation. This is known as ‘Gillick competency’, owing its name to the case of Gillick v West Norfolk and Wisbech Area Health Authority and Another [1984] 1 All ER 365, in which the court considered whether a child could give consent to medical treatment even if their parents objected.

‘Gillick competency’ applies to children under the age of 16 years, meaning that they can consent to medical treatment if they have the intelligence, competency and understanding to fully appreciate what is involved. In the case of Gillick, it was made clear that this analysis is not based upon a child attaining a specific age but instead upon a holistic analysis of what is best for the welfare of that particular child in question.This has been applied previously in relation to contraception, children with chronic illness, as well as in relation to other vaccines such as the HPV vaccine given to teenagers.

However, the impact of these decisions continue to stir controversy among some parents, who are now questioning whether their consent should be overridden in the case of Covid vaccination. Whether these sorts of decisions will be challenged in court remains to be seen, though indeed a possibility.

Bearing all of this in mind, the decision to vaccinate 12-15 year olds against Covid-19, if deemed Gillick competent, under the current government guidance, is one for the child in question to make. However, we expect to hear more on the matter very soon.

Covid’s effect on separated families must be a priority for new Children’s Commissioner
This site uses cookies. Find out more. Continued use of this site is deemed as consent.   CLOSE ✖