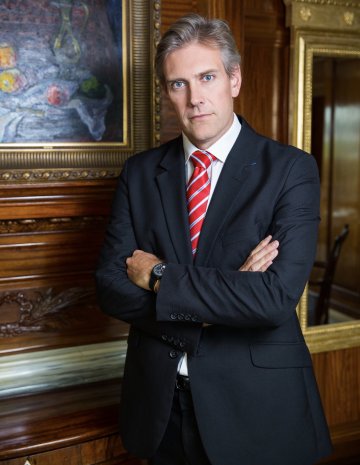 This Wednesday, Vardags Head of Private Client, Chris Hall, gave a Probus talk in Henley. With a presentation titled ‘The legalities of growing older (and wiser)’, Chris spoke to a room of 60 Probians aged between 70 and 90 on succession and the importance of preparing for old age.

Chris explained the benefits of lasting powers of attorney, reminding the room that it is never too early to organise someone to look after your health and financial wishes. After describing the practicalities of appointing an attorney, Chris stressed that they must be someone you can truly trust.

The next topic Chris discussed was wills, outlining how to utilise them to their fullest extent. This included a caveat about claims demonstrated with a summary of the landmark case Ilott v Mitson. In this case, a mother left her entire estate to animal charities (despite having never shown an interest in animals), bequeathing nothing to her estranged daughter. The daughter contested the will based on The Inheritance (Provision for Family and Dependents) Act 1975 and won. The animal charities have, however, been granted permission to appeal to regain the money left to them by the mother.

Chris ended his talk by taking his audience through the various methods of succession planning. As a Cayman lawyer with years of experience advising on onshore and offshore trusts, Chris gave some words of wisdom on wealth preservation. He also spoke about gifts, investments and financial planning to make the most of your money.

After Chris had spoken for nearly an hour, the audience had plenty of thoughts and questions. Some interesting points arose, including a suggestion to include arbitration clauses in a will in case of a dispute.

The event was a clear success, many thanks to Chris for giving such a helpful and engaging talk on a topic which is so important but often difficult to navigate alone.

If you want to find out more about trusts and wills, have a look at the Vardags Family Law Guide.

Outrage continues as Russia’s bill to soften domestic violence laws approaches second reading
This site uses cookies. Find out more. Continued use of this site is deemed as consent.   CLOSE ✖