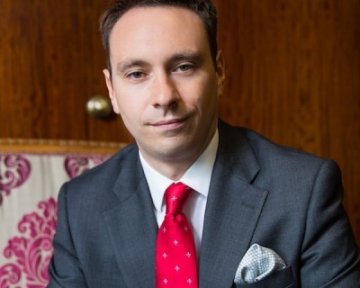 Fierce in our support of no-fault divorce, Vardags was sought out for comment by BBC Radio 5 live after a wife who was refused a divorce took her case to the Court of Appeal. Last year, a judge rejected the divorce petition of Tini Owens, 65, on the basis that her husband’s “continued beratement” about her affair was to be “expected in a marriage”.

The hearing at the Court of Appeal this week has turned the spotlight on the archaic system of grounds for divorce in the UK, where one has to prove ‘irretrievable breakdown of marriage’ through evidencing adultery, unreasonable behaviour, desertion, or prolonged separation. Vardags champions no-fault divorce, where couples can choose to divorce without having to prove any of the above mistreatment and thereby avoid proceedings spiralling into a game of spite.

Today, John Oxley spoke to Emma Barnett about the absurdities of this case and why the UK needs no-fault divorce. Opening the discussion with the broader theme of our right to divorce, Barnett asked John how unusual Tini Owens’ case is. John explained that it is very rare for divorce petitions to be challenged by the other side but, in a handful of cases such as this, the other party refuses to accept the decision and asks for proof that the marriage is unsustainable.

Barnett then questioned how a spouse is meant to prove their partner has been ‘unreasonable’. Here, John identified this predicament as why “at Vardags, for long time we’ve campaigned for no-fault divorce” because it is incredibly hard to prove unreasonable behaviour. He added that the fact someone is prepared to go to the Court of Appeal and thus incur significant costs, should be sufficient evidence that a marriage is broken.

On being asked whether there is an “appetite to make divorce something you can get in this easier way”, John responded that it is difficult to tell if there is real support for no-fault divorce in the UK. Delving into his knowledge of legal history, he gave a brief synopsis of the ultimately aborted progress of the no-fault divorce bill. However, John described the current system as a Victorian anachronism which is “completely outdated” and “has to change”. Considering the psychological effects of divorce, John disclosed how Vardags has seen spouses resorting to mud-slinging to be able to secure a divorce which causes “a lot of heartache, a lot of trauma”. Approaching the question from a human rights perspective, John stated that everyone has a right to family life which may be under threat if the court orders you to remain married against your will.

Barnett suggested that Mrs Owens may have to stay married for five years before she can divorce. John described that, indeed, the other party’s consent is not necessary if there is proof that the pair have been separated for five years. Until then, Mrs Owens is left to issue a petition pleading unreasonable behaviour with new evidence, but the fate of her marriage is ultimately in the hands of the judge.

Bezeliansky v Bezelianskaya: The difficulty of enforcing financial provision orders
This site uses cookies. Find out more. Continued use of this site is deemed as consent.   CLOSE ✖