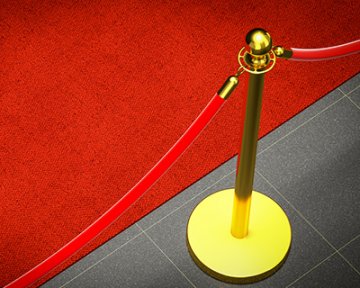 After months of public disputes, accusations, and rumours, Brad Pitt and Angelina Jolie have announced that they will settle their divorce in private. The much-discussed ex-Hollywood power couple issued a joint statement of their intentions to handle their divorce from here on out using a private judge and keeping court documents confidential. But what exactly does that mean? How does private divorce differ from public ones?

The ‘Brangelina’ divorce is being handled in America, and whilst ordinarily a divorcing couple will present their case before a judge employed in the public sector, a handful of states, including California, allow couples to privately hire a judge to preside over their case. In these circumstances, not only does the private judge have full jurisdiction over the case but their decision is as binding as that of any judge’s in a public hearing. One of the most pertinent benefits of such a deviation from the norm, particularly in celebrity divorces, is the confidentiality and privacy from the public and the media that it affords. In some cases, hiring a private judge may also expedite the process and so whilst costs are incurred in hiring the judge, it may be that the overall cost is reduced if the divorce proceedings can be significantly shortened by keeping the case out of court.

The distinction is not dissimilar under British law. In divorce cases where at least some level of arbitration is required, for instance in determining the fair division of assets or regarding child ren arrangements, couples will often proceed with their divorce in the public court system. There is, however, another route: Alternative Dispute Resolution (ADR). Alternative Dispute Resolution is an increasingly popular choice for divorcing couples in the UK and, much like private divorces in the USA, allows couples to divorce outside of the court system.

Alternative dispute resolution takes several forms, including mediation, collaborative law and arbitration, the latter of which involves an arbitrator chosen by the parties effectively acting as a judge and making an award, which the parties subsequently take to court and request for it to be converted into a court order.

Particularly at this time of year, when courts are often struggling to keep up with the increased traffic that comes with ‘Divorce Month’, there is growing feeling that more couples should be seeking ADR where possible. Earlier this month, for instance, CEO of National Family Mediation Jane Robey advised couples that choosing out-of-court options for their separation may help them avoid expensive fees and distressing, drawn-out court room confrontations.

Perhaps, then, be you A-list celebrity or not, American or otherwise, it is worth considering whether private divorce proceedings might be the right choice for you. In any case, as we reach the half-way point of Divorce Month, it will be important to bear in mind that divorce needn’t be a traumatic process, and that having a range of options to choose from should help to ensure that you achieve resolution as quickly and painlessly as possible.

For more information on arbitration, take a look at our family law guide. To explore the various different forms of ADR, click here.

Private divorce: what is it, who does it, and is it right for you?
This site uses cookies. Find out more. Continued use of this site is deemed as consent.   CLOSE ✖