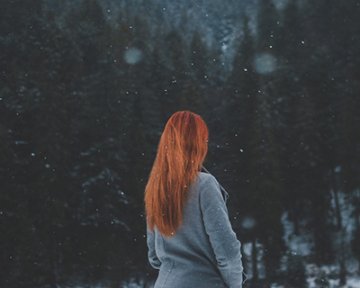 Being fed up in January permeates beyond the typical gloom of post-party season. As the calendar year resets family lawyers prepare one of their busiest periods: the infamous ‘Divorce Month’ has begun.

January is now commonly believed to be the most popular time of year for filing for divorce. This is often aligned with the strain of forced family fun over the Christmas period bringing to light irreconcilable differences in relationships that have perhaps been overlooked or avoided throughout the year. Some have gone so far as to try to pinpoint a ‘Divorce Day’ which is thought to be the first Monday back to work after the Christmas break.

Despite this, the reputation of January as ‘Divorce Month’ seems firmly in place; in recognition of this status, the National Family Mediation charity has emphasised the need for a greater use of alternative dispute resolution such as mediation and arbitration.

But why is January so often associated with divorce? Perhaps this is partly due to the time of year being entrenched with conventions of rebirth and renewal. For many, this incites a new health regime or goal for the year ahead, for some this amounts to moving forward with the realities of divorce or separation.

The month of January is often linked to the Roman deity Janus, the God of beginnings. Janus is often depicted with two faces, one looking to the past, the other to the future; an apposite notion for those going through a divorce or separation. It is also thought that the month is linked to Juno, the Roman protective deity and counsellor of the state, whose Greek equivalent, Hera is goddess of marriage, women and childbirth. Evidently, the focus on family extends beyond modern conventions, running deeper into the tradition of reflection at this time of year.

It should be encouraged therefore, that the new challenges January brings should be embraced, whether this is the difficulties of going sober for a month or the joys of trying something new. Those considering the fearful prospect of divorce or family breakdown should find solace in knowing they are not alone. The title ‘Divorce Month’ may bear connotations that could be negatively construed; instead it should be seen as a busy and cathartic period.

Indeed, January is not necessarily a time for depressing realities but a period of progression and renewal. Within Vardags, it is timely that we welcome our new Newcastle office opening its doors, allowing our esteemed services to be received more readily throughout the country.

Redstone gave “tens of millions” to women he bedded, ex-girlfriend claims in court documents
This site uses cookies. Find out more. Continued use of this site is deemed as consent.   CLOSE ✖