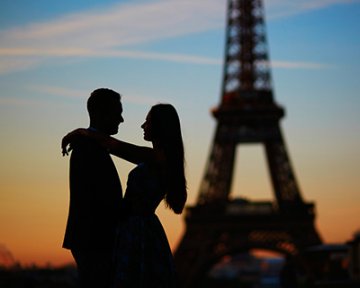 In England and Wales, current law requires couples to provide fault based reasoning in order to obtain a divorce. The introduction of no-fault divorce is a cause long advocated by Vardags, on the basis that adults with capacity should not be required to denigrate each other once they have reached the conclusion that their marriage has irretrievably broken down.

Vardags also resists the introduction of an automatic regime for the implying of rights and obligations into cohabitating relationships that cohabitees may not be aware of and would not wish to be subject to.

In order to address both issues, one may look across the channel to our Gallic friends in France. Here a system parallel to that of marriage exists, whereby the legal union of two people is simply a matter of contract. This is the pacte civil de solidarité (civil solidarity pact), also known as “PACs”, introduced by the French parliament in 1999.

Originally conceived as a formal union for same-sex couples in the face of religious opposition to same-sex marriage, the regime has endured beyond the legalisation of same-sex marriage in 2013. Further, unlike the system of civil partnership here in the UK, PACs is open to heterosexual couples who have always been able to marry under French law.

As a brief outline, a PACs is a civil contract whereby a couple will visit their local town clerk (‘greffier’) who will stamp and seal the document. A couple may also choose to undergo a short 15 minute ceremony in order to signify their new status. Once concluded, a person is not longer single, yet neither are they married. Their new status is that of pacsé. A standard form contract is available to those who do not wish to formulate one themselves or this can be tailored to the specific needs of the couple. In the spirit of contractual arrangement, it is the ultimate way of giving effect to the parties’ actual intentions at the time of contracting the union. The contract can also later be modified by the mutual agreement of both of the parties.

Further, upon a couple wishing to dissolve their union, one notifies the greffier and the other party and the contract is dissolved. Any ongoing obligations depend on the original contract of union and intentions of the parties.

Although envisaged as a form of same-sex marriage, in reality couples choosing the regime are largely heterosexual. In 2012, 94% of PACs recorded were between heterosexual couples. It therefore clearly holds some appeal as an alternative to a traditional marriage, whether as a starter arrangement as outlined above, as a form of legal union free from all of the historical connotations attached to marriage for the modern couple, or as a way of gaining legal protections for a cohabiting couple who simply do not wish to marry and are attracted to the ease of both forming and dissolving a PACs.

There seems to be no clamour for such a regime in England and Wales; however it does have clear advantages that may satisfy the needs of a wide and varied demographic. It is an easy to understand concept for those unaware of the lack of rights of cohabitees without any cohabitation arrangement in place which avoids attributing rights and responsibilities to cohabitees without their express agreement. Upon dissolution, there is no requirement to provide reasoning or any accusations regarding the breakdown of the relationship. It is also free from any of the historical connotations of a marriage that avert many couples from this option and indeed have led to calls for the expansion of civil partnerships to heterosexual couples.

Child protection and family fragility
This site uses cookies. Find out more. Continued use of this site is deemed as consent.   CLOSE ✖