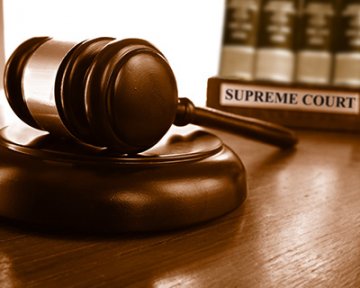 The celebrated painter Lucian Freud stated in his 1954 article ‘Some Thoughts on Painting’: "Whether it will convince or not, depends entirely on what it is in itself, what is there to be seen".

However, following the artist’s death in July 2011, it would appear that it was not just Freud’s artwork which lay open to interpretation but also his will.

Freud’s will and the supposed existence of a secret trust was debated in the Supreme Court decision in Executors of Lucian Freud v Paul McAdam Freud.

The facts of the case and the ultimate decision reveal that the ‘secret trust’ is not a relic of the 19th century but remains good and enforceable law.

Unlike a will, which remains a public document, a secret trust is a private document in which confidentiality can be maintained. Popular in the 19th century with gentlemen wishing to provide for illegitimate children or mistresses, its use has faded from prominence over the last fifty years.

This could be explained in part with reference to the difficulties that executing a secret trust entails. Even if the requisite formalities for creation of the trust – communication, acceptance and reliance – are fulfilled, it can be difficult to make the secret trustees complete their duties.

The facts of Freud’s case are as follows. When Lucian Freud died in 2011 he left a residuary estate worth £42 million. Freud had an estimated 14 illegitimate children, however his will left his estate to one daughter, Rose Pearce, and his solicitor Diana Rawstron. The sixth paragraph of the will, drafted in 2006, stated: "I give all the residue of my estate….to the said Diana Mary Rawstron and the said Rose Pearce jointly".

Although this could appear as an absolute gift on the face of the will, in actuality Freud had created a secret trust. The painter’s famous reticence regarding his private life (his global fame notwithstanding) and the privacy provided by a secret trust can, perhaps, explain his decision to adopt this unusual executory mechanism.

However, one of Freud’s illegitimate sons, Paul McAdam Freud, sought to challenge the finding of a secret trust. His counsel argued that the clause should be interpreted as a half secret trust, whereby the existence of the trust is communicated but not the beneficiary.

In opposition Rawstron and Pearce argued that the wording in the sixth paragraph clearly indicated a fully secret trust but that, regardless, even if the judge had decided, on the wording, that it was a half secret trust, because they had been informed of the terms of the trust before the will was executed, McAdam Freud’s claims wouldn’t have succeeded.

The manner in which the court considered the matter is revealing and illuminates the ways in which judges seek to interpret wills and testamentary documents. Mr Richard Spearman QC, sitting as a Deputy High Court in this case, chose to reaffirm the decision in Marley V Rawlings and apply its principles to the case at hand.

In Marley v Rawlings the wills of a couple who mistakenly signed each others’ wills were disputed. The Supreme Court ruling found that if any part of a will is ambiguous and the court is required to interpret the true meaning the court should adopt the same approach used when interpreting a commercial contract.

In essence this means the judges will consider the intention of the testator, the natural meaning of the words and the overall purpose of the will. In Freud’s case, Mr Richard Spearman QC found in favour of Pearce and Rawstron, arguing that it was clear on the construction of the sixth paragraph that a fully secret trust was intended.

Additionally, the fact that an earlier version of Freud’s will, drafted in 2004 and containing explicit reference to a half secret trust, was revoked by the 2006 version, compounded the argument that Freud had deliberately intended to create a fully secret trust.

Although McAdams Freud can still bring a claim through the Inheritance Act 1975, his status as an ‘adult child’ means he has a limited chance of success.

The case demonstrates that secret trusts remain operational in English Law and that they can continue to provide anonymity for those persons of public standing who do not wish to disclose their private wishes after death.

Election promises on inheritance tax: £1 million tax free
This site uses cookies. Find out more. Continued use of this site is deemed as consent.   CLOSE ✖