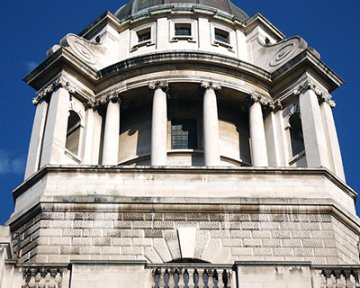 The Mental Capacity Act 2005 provides guidelines for a deputy in their appointment. A deputy should also take into consideration the Code of Practice that accompanies the MCA 05.

In the recent case of DGP Law v DGHP and others EWCOP 58 Senior Judge Lush appointed a deputy for property and affairs who was habitually resident in the USA. This reconsidered the decision made by District Judge Bellamy, who had dismissed the respondents’ objections to the applicant being appointed as her mother’s deputy.

It was held that the deputy’s foreign residence should not encumber their appointment if they are deemed the most appropriate candidate to look after the mentally incapacitated individual (P).

On the evidence, it was held that P’s daughter was the most suitable and her appointment was in the best interests of her mother.

This case is of particular interest because, until this judgement, it was generally thought that a deputy – habitually resident outside of England and Wales – could not be appointed. However, Senior Judge Lush took into consideration a judgement of the Ontario Court of Justice (General Division) (Quinn v O’Neill (1992) 47 ETR 18), which held that due to the advancement of technology and travel, the residency of a deputy would not hinder their appointment.

Senior Judge Lush compared it to the case of Re Swain, commenting that this was a decision made “in another era, at a time when communication and indeed travel were difficult and when many of today’s technological advances were not even dreamed of”.

Families today have a potential for being more widely spread out geographically and in my view strict adherence to Re Swain overlooks the realities of the 1990s. Such a strict adherence would, in my view, deny many people the opportunity of managing family affairs.

The test for mental capacity when making gifts
This site uses cookies. Find out more. Continued use of this site is deemed as consent.   CLOSE ✖