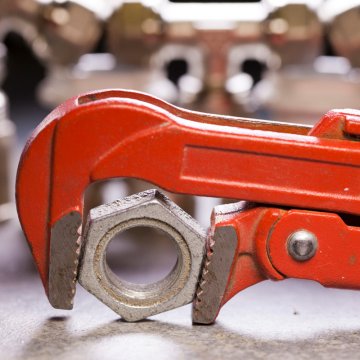 Drawing up a will is always a delicate process and how you choose to divide your assets is often viewed as a sign of your true feelings towards family and friends. It also throws up some surprises.

The case of Sharp and Hutchins EWHC 1240 (Ch) is a prime example of such a surprise.

In this case Ronald Butcher, a man in his seventies when he died, wrote a will in favour of his handy man Daniel Sharp (“Danny”), who would do odd jobs for him free of charge. Ms Lesley Anderson QC decided that Mr Butcher was free to leave his estate to whomever he wished.

Mr Butcher had no living relatives, and whilst the person contesting the will, Evelyn Hutchins, had been a close friend of the deceased, in the years leading up to his death she had visited him less often. In contrast, Danny had enjoyed “mutual chat and banter and human interest stories,” such as tales of Danny’s son Archie’s boxing success. Danny had never sought to influence Mr Butcher and was deeply shocked when Mr Butcher told him that he had left his estate to him.

It is a fundamental principle of English law that people should be free to leave their property as they choose. However, before a will is admitted to probate, the Court must be satisfied that a testator knew and approved of its contents.

On the facts of the case, based on the witness evidence, which is so important in such cases, Ms Anderson decided that Mr Butcher both had capacity and approved of the contents of the will. She decided that the test in the court of appeal decision of Gill v Woodall EWCA had been fulfilled.

Even though Mr Butcher did not instruct a solicitor to prepare the will and did not ask his doctor to witness the will, but another plumber and an equity release scheme salesman, Ms Anderson found that Danny had produced enough evidence to prove the will. This is despite Mrs Hutchins being the attorney for Mr Butcher at the time.

This case highlights the high degree of proof that is required to show a signed and written will is invalid. Indeed a recent Australian case even allowed a will written on an iPhone to be admitted to probate.

The moral of the story is pay regular visits to your loved ones and keep up to date with their interests if you wish to be included. Most importantly perhaps check what the handyman is doing during his frequent friendly visits!

The test for mental capacity when making gifts
This site uses cookies. Find out more. Continued use of this site is deemed as consent.   CLOSE ✖