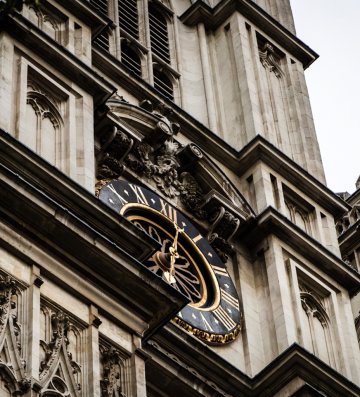 When Patrick Crawley, the heir presumptive to the fictitious Downton Abbey, perished during the sinking of the Titanic, he initiated one of the most popular on-screen romances of the 21st century.

His death meant that the titles of the Earl of Grantham and the estate of Downton passed to a distant cousin, Matthew Crawley, much to the ire of Lady Mary, the Earl’s eldest daughter.

While fans of Downton are probably more inclined to tune in for cousin Violet’s acid-tongued barbs or Lady Mary’s witty courtship of Matthew than for a detailed exegesis of Edwardian inheritance law, let’s look a little closer at why Lady Mary was unable to inherit her father’s title and estate, and why things would all have been very different had Patrick died after 1925.

Lady Mary’s problems are twofold. Her first concerns primogeniture, which stipulates the priority of males over females in the lines of succession and inheritance. The second concerns entails, a legal process by which property can be bound to a title to prevent it from being broken up and sold off.

The Earl’s title passes to Patrick ahead of Mary because of a very strict male-only primogeniture, which precludes any woman from inheriting the title.

This was not the case for all forms of primogeniture. For centuries, the English throne has passed through the male heir of the monarch, but female heirs may inherit if they have no brothers: two of Henry VIII’s daughters were able to succeed him (Mary and Elizabeth), albeit only after their younger brother Edward VI had died.

Unfortunately, Lady Mary’s problems extend beyond simply being unable to inherit her father’s titles. She is also prevented from inheriting the Downton estate because of something called ’entail’.

Like primogeniture, entail (also called fee tail) was a feudal institution designed to prop up the landed aristocracy by ensuring that property could pass from one heir to the next without being broken up and sold off.

When Cora’s American fortune was added to the estate, it too became entailed to the next male heir. The Earl’s property, including Cora’s money, passes along with his title to the male heir, the obscure Matthew Crawley, rather than Lady Mary, who would inherit the property, were it not linked to her father’s title.

Lady Mary would be considerably better off now. Following the 1925 Law of Property Act, fee tail was abolished in England. However, hereditary titles are still passed down the male line – much to the ire of Downton Abbey’s own writer, Julian Fellowes, whose wife, Emma Joy Kitchener, would otherwise have become the Countess of Kitchener on the death of her great-granduncle the Earl of Kitchener.

The royal family has had considerably more luck in this regard. The Succession to the Crown Act 2013 allows the crown to be passed down through the eldest child, regardless of the child’s gender.

High court upholds will in favour of handyman
This site uses cookies. Find out more. Continued use of this site is deemed as consent.   CLOSE ✖