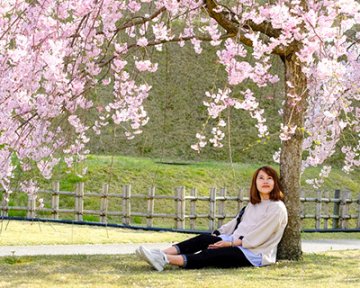 This week Japan had the chance to consider two of its long-standing marriage laws this week, when the Supreme Court will consider claims brought by five women.

The two issues at stake are the ban on women marrying for six months after divorce – this is a stipulation that does not apply to men – and the requirement that spouses have the same surname.

The first of these laws derives from the desire to determine parentage of children born as a marriage is breaking down, in an age before DNA tests. The second stems from the Japanese social system called koseki: a method of family registry that goes back to Japan’s feudal family system. That feudal system was abolished in 1948 but these two laws remained.

On Wednesday 16 December, the Supreme Court ruled that the six-month marriage ban for women should be shortened to 100 days, but it upheld the requirement for both spouses to have the same name.

The former is a very minor victory, and it will help women who have children with a new partner shortly after their previous marriage had dissolved. But the latter is a major blow for women’s rights.

One of the women bringing the suit, translator Kaori Oguni, told The Guardian:

“By losing your surname … you’re being made light of, you’re not respected … It’s as if part of your self vanishes.”

Although there is no legal requirement that the woman must take the man’s name as opposed to the other way round, in practice it is the woman who changes her name in 96% of marriages.

Those opposed to the women’s lawsuit – conservative politicians and social commentators – felt that a change in this requirement would undermine the cohesion of the traditional family unit. But, as Ogani continued: “If changing surnames is so easy, why don’t more men do it?”

According to a poll by the Japanese newspaper, Asahi Shimbun, 52% of the Japanese population believed that couples should have the right to choose what name each spouses should have, while 34% opposed the change.

As it currently stands, many Japanese working women are forced to operate under dual identities: one for the workplace and one for the home. This doesn’t look set to change anytime soon.

For a round-up of marital naming laws and customs around the world, the BBC has done a report on this, which can be read here.

Non-European spouses and UK immigration
This site uses cookies. Find out more. Continued use of this site is deemed as consent.   CLOSE ✖